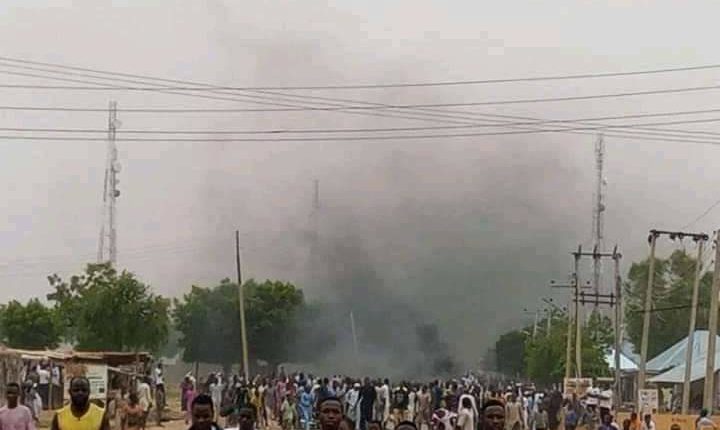 Activities in Danmusa Local Government Area of Katsina State were on Tuesday halted after residents stormed the streets to protest against high-level of insecurity after a health worker and his daughter was kidnapped.

The protest started minutes after news filtered in that the health personnel, identified by residents as Mansir Yusuf, was said to have been kidnapped alongside his daughter around 1: 00 am by unidentified gunmen.

It was observed that the protesters, mostly youth and underage children, who were armed with sticks and others, also blocked highways, castigating the government over security negligence ever since their district head was killed.

It was gathered that the protest was also fueled by the murder of the community head, Atiku Abubakar, who was allegedly killed by gunmen at his residence few days ago. 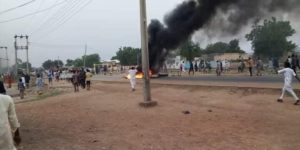 According to the protesters, the abducted health worker was a neighbour to the late district head, who was assassinated by unidentified gunmen, a source said, asking not to be named.

“There have been no security personnel at the community since the district head was killed. We are protesting to call the attention of the government before these gunmen commence daily attacks on our community.

“Now, (they) killed our district head, and came back again. This means that they will be coming since they are not facing any challenge anytime they carry attacks. The government needs to do the needful before the situation went out of control,” a senior community leader said.