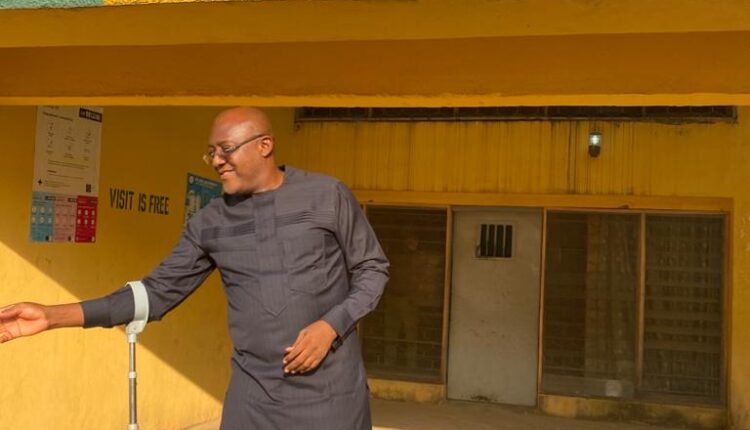 The Nigerian Correctional Service (NCS) has discharged Peoples Democratic Party (PDP) former National Publicity Secretary, Olisa Metuh, from Kuje prisons in Abuja, after a Court of Appeal upturned his conviction following review of the money laundering allegation against him.

As gathered, the correction service released Metuh from prison, where he had been since February 25, 2020 after a Federal High court sentenced him to a seven-year jail term, at about 16.46 p.m on Thursday.

As gathered, the former publicity secretary left the prison premises eight days after the Appeal Court upturned the judgement delivered by Justice Okon Abang of the Federal High court and ordered a fresh trial of the case.

Although the correction service was yet to release statement on his discharge, but, Metuh, in an interview with newsmen, said that he was released by the authorities.

At the court, a three-man panel of Appeal court led by Justice Stephen Adah, unanimously held that the judgement of the Federal High Court was tainted with bias and therefore should not be allowed to stand.

The judges further ruled that the conviction of Metuh and his company, Destra Investment Limited were faulty and argued that a fresh trial would further set the records right.

Adah held that the utterances of the trial judge during the course of the trial further established that he was biased against the convicts, an act that was not in conformity with the law.

He directed that the case file be sent back to the Chief Judge of the Federal High Court for reassignment to another judge other than Justice Abang.

It would be recalled that Abang had earlier in the year sentenced Metuh to seven years imprisonment for allegedly receiving N400 million from the office of the then National Security Adviser, Colonel Sambo Dasuki (retd) under the administration of former President, Goodluck Jonathan.

Oyetola bans carnivals, other yuletide gatherings due to COVID-19