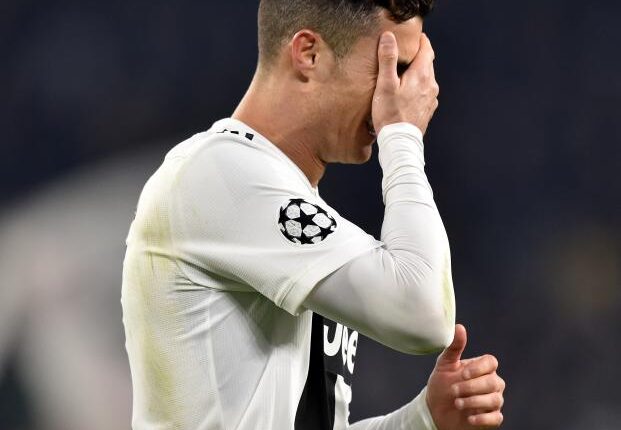 The Portuguese football club, Porto, has edged out Italian giant, Juventus, from 2020/21 Union of European Football Associations (UEFA) champions league on away goal rule after recording a 4-4 aggregate draw at end of a second leg encounter in Turin

The first leg for the round of 16 had ended 2-1 in favour of Porto at their home ground, but in Italy, Juventus prevent a further repeat, defeating the 10-man Portugueses club team 3-2 to end the tie at  4-4 aggregate.

Following an end-to-end contest, 10-man Porto progress to the next round of the Champions League on away goals despite losing 3-2 at Allianz Stadium.

Barely 19 minutes into the game, Porto player, Oliveira, was awarded penalty and he tucked it into the net, putting the visitors in front in the first half before Federico Chiesa levelled the score four minutes after the restart.

The Dragons then went down to 10 men after Taremi was sent off for a second bookable offence, and Juventus capitalised with Chiesa heading the Old Lady in front on 63 minutes to restore the Old lady of Italian football chances of progressing.

In extra-time, Oliveira’s long-range free-kick put Porto in front on aggregate but Andrian Rabiot’s 117th-minute goal proving to be nothing more than a consolation for the Italian team.

Juventus will be looking to bounce back in their upcoming Serie A fixture against Cagliari. Porto, who find out their Champions League quarter-final opponents on March 19th, host Pacos Ferreira next time out in the Primeira Liga.