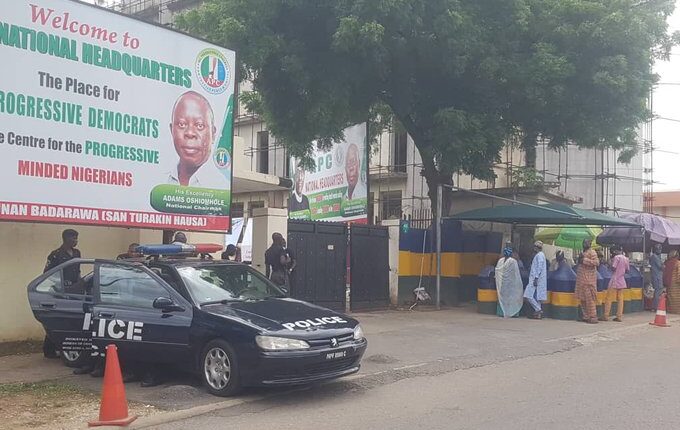 Hours after All Progressives Congress (APC)  state governors met with President Muhammadu Buhari over the crisis rocking the party, a detachment of Policemen have sealed the National Secretariat of the ruling party.

As gathered, the seal of the party secretariat was approved Inspector General of Police (IGP), who was said would be meeting with the  parties involved leadership crisis at the force headquarters by 1pm.

Members of the National Working Committee (NWC) who showed up at the party secretariat were prevented from gaining access to the party house while members of staff and journalists were allowed to walk into the premises without their cars.

The party’s  NWC had affirmed former Oyo State Governor Abiola Ajimobi, as the Acting National Chairman and due to his absence, the party appointed the National Vice Chairman, South-South, Hilliard Etta, to act on his behalf.