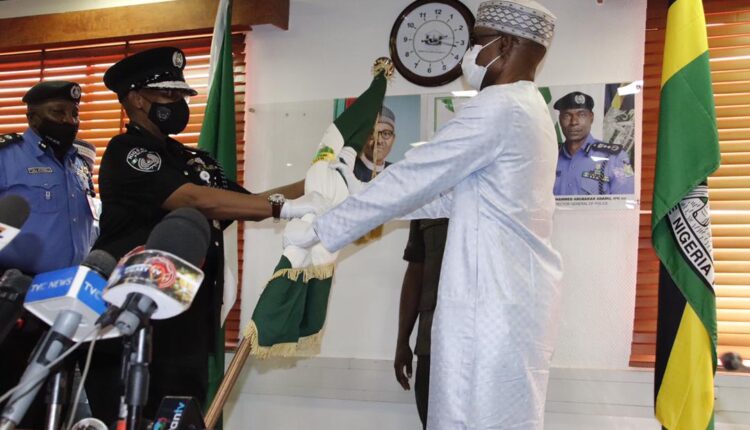 In a bid to prevent lapses in law enforcement across Nigeria, the newly appointed Acting Inspector-General of Police (IGP) Usman Baba, has assumed office as 21st indigenous police boss, just as indications emerged that Baba may restructure the police formations to strengthen enforcement of law and order in the country.

Baba, who was decorated by the Vice President, Prof. Yemi Osinbajo, received the baton of leadership from the former IGP, Mohammed Adamu, who was relieved of his duties by President Muhammadu Buhari, after gunmen attacked the Nigerian Correctional Service (NCS) headquarters in Owerri, freeing over 1,000 inmates.

The handing over of leadership baton between Adamu, who was replaced two months after the president extended his tenure by three months, and the new Police boss was held in a brief but colourful ceremony at the Force Headquarters, Abuja on Wednesday.

After assuming office, Baba assured Nigerians that efforts would be geared towards boosting the morale of the law enforcement agency personnel and ensured the formations become the pride of Nigeria.

The new police boss further pledged to harness all human and material resources of the Force towards improving security, safety, law, and order in the country.

He, meanwhile, appealed to Nigerians particularly traditional rulers and community leaders, to partner with the Nigerian Police towards addressing the internal security challenges including banditry, across the country.

The move, it was learnt, was a strategy Baba has concluded to introduce, basically to ensure a drastic reduction in crime rates and ensure prosecution of perpetrators in Nigeria. 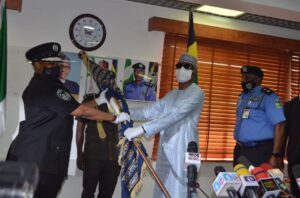 As gathered, the moves have begun to unsettle leaderships of the formations across the country particularly those that were considered to have been favoured during a previous posting carried by Adamu.

Before his new assignment, Baba, who hailed from Geidam in Yobe State, was the Deputy Inspector General of Police in-charge of the Force Criminal Investigations Department.

The new IGP was commissioned into the Nigeria Police Force on 15th March, 1988 as a Cadet Assistant Superintendent of Police at the prestigious Nigeria Police Academy (Annex), Kaduna and holds a Masters degree in Public Administration (MPA) and a Bachelor of Arts degree in Political Science.

Baba was also a former Commissioner of Police, Federal Capital Territory (FCT) and Delta Commands amongst others.