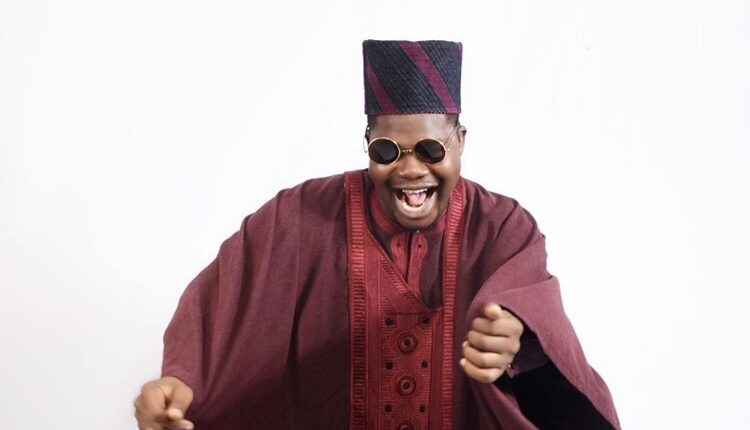 A Nigerian comic content creator, Debo Adebayo, popularly known as Mr. Macaroni, and over 10 other Occupy Lekki tollgate protesters were reported to have been arrested by the Nigerian Police during a demonstration to kick against ruling of Lagos SARS panel on reopening of the toll plaza.

Others under detention with the comedian, condemning the panel approval to allow Lekki Concession Company (LCC) to repossess the facility, were Emmanuel Okoji, Yusuf Fatai, Micheal Adetona, and some others who alleged that they were apprehended by law enforcement agency while heading to their offices.

The protesters were arrested and put into the Blackmaria by the Rapid Response Squad (RRS), a formation of the Lagos Police Command, that had laid a siege at the venue and other locations expected to serve as convergence points for the protesters including those that were in support of the Lagos State Judicial Panel of Inquiry stance, the “Defend Lagos” campaigners.

This came barely 48 hours after the Lagos State Government and Nigerian Police warned the opposing groups not to embark on any demonstration, arguing that it was not an auspicious moment for such action considering the spread of coronavirus, though acknowledged rights of citizens to a lawful assembly and freedom to express their feelings as guaranteed by Section 39 and 40 of the Constitution.

Compilation of the #EndSARS protesters apprehended for carrying out their human rights at the #Lekkitollgate pic.twitter.com/zr3JidBD6P

Mr. Macaroni, who been on a live social media broadcast on arrival at the scene, was arrested and put into a black maria after he refused to heed the law enforcement agency’s warning that he should leave the premises immediately.

At the back of the truck, the entertainer continued with his live broadcast and said “Lekki is under military rule. How did you think the reopening of tollgate is the next line of action? If you didn’t do that today, we won’t have a right to be here.

“It is a disrespect to say that you want to reopen at this tollgate. Are you spitting on the graves of the dead? Na military regime we dey?  We also have a right to be heard. We have a right to protest peacefully,” he added.

Another protester, Joseph Seye, said that the arrest was an infringement on his fundamental human right which the 1999 constitution outlined clearly.

“I am an artist. I am not a criminal. I came here to protest. It is my right. It is not a crime to protest. Why are the government treating youths this way?”, he added.

Problem: The Black Maria used in transporting arrested protesters had to be pushed before it could start.#EndSARS  #Lekkitollgate pic.twitter.com/VXJ9jPnXBN

After the arrest, a mild drama occurred with the black maria developing mechanical fault and was been pushed by law enforcement officers and other residents at the scene, but after several attempts to get the truck moving, the suspects were transferred to a pick-up truck that later took them away.

The Police Spokesman, Muyiwa Adejobi, when contacted, promised to get back to our correspondent.