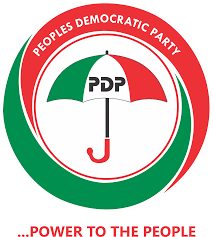 The National Working Committee (NWC) of the Peoples Democratic Party (PDP) has approved the cancelation of all its primaries held across Ebonyi State over irregularities.

It said that a new date would be announced for the State House of Assembly, National Assembly, and Governorship primaries in the state.

The NWC’s decision on Sunday came days after about 27 Ebonyi House of Assembly aspirants appealed to the leadership to intervene and address issues surrounding the number of ad-hoc delegates and others affecting primary elections.

In a statement by PDP’s National Publicity Secretary, Debo Ologunagba, the party, meanwhile, cautioned all aspirants and stakeholders of the party to remain calm, united, and eschew violence.

The party added that they should support the NWC’s strive to rescue Nigeria from the All Progressives Congress (APC) which it described as one that had misruled the nation.

According to the statement, to this effect, all State House of Assembly, National Assembly, and Governorship primaries of our Party in Ebonyi State are hereby cancelled. The NWC will announce new dates for the affected Party exercises in the State.

Earlier, the chairman of the aspirants’ forum, Steve Eze, stated that any action that causes PDP not to field candidates in the state will not only kill the party in the state but confirm the notion that the PDP is out to sideline the South-east in its fold.

Eze then called on the NWC of the PDP to save the party in the state and the South-east by intervening in the current crises that have thrown millions of PDP faithful into confusion, despair and uncertainty.

His words “It cannot be overemphasized that the PDP is the dominant, most viable and leading party in Ebonyi State. We are concerned over the ugly uncertainty we face every day in Ebonyi State PDP, it has become urgent that we speak out to our National Party Leaders to intervene and save the party from the apparent impending implosion of the PDP in Ebonyi State.

“We demand that the NWC do the needful and take active steps to set aside major impediments and ensure primary elections are conducted in Ebonyi State in a free and fair manner before the June 3 deadline in line with extant electoral laws.

“Over 70 persons aspiring for Ebonyi State House of Assembly seats bought forms, filled, and submitted and got cleared. Some of these aspirants sold their properties, while some borrowed money to purchase their forms and to go round parts of their respective constituencies for consultations with party members and delegates.

“As good party men and women, we’ve endured these tumultuous and harrowing days with stoic confidence and hope that the National Working Committee (NWC) of our great party would adequately arrest the situation and ensure that our party faces the coming election.

“We alert our teeming members in the state and Nigerians at large to hold the PDP National Working Committee of the PDP responsible should Ebonyi State fail to field Candidates for various positions in the 2023 general elections.