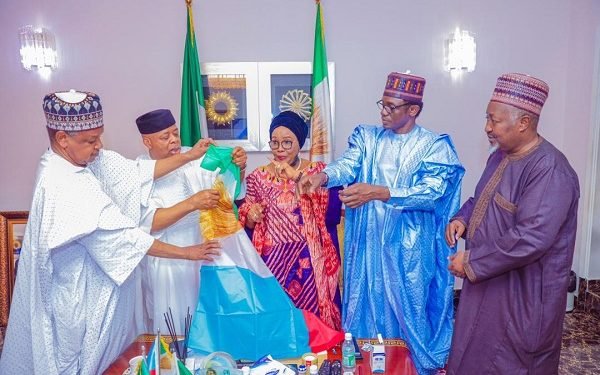 As gathered, the Emordi’s defection was said to have been informed by her conviction that the future of a prosperous and united Nigeria lies in the ruling party, particularly with President Muhammadu Buhari’s administration strides in areas of developmental projects.

Speaking during the ceremony, Buni expressed delight with decision of the board member to contribute to the unity of the country, adding that the party was open to experienced politicians and party stalwarts irrespective of ethnic and religious leanings.

“There is a need for us to join hands for the political stability and national unity of our dear country,” Buni was quoted as saying in a statement by his spokesperson, Mamman Mohammed. said.

He expressed optimism that the coming of Sen. Emordi and other prominent politicians from the southeast into the APC will promote national unity.

“The South East is a strong political bloc and very crucial to the unity of the country, this will no doubt add to national cohesion, ” the chairman added.

On her part, Emordi described the APC leadership as sincerely and genuinely committed to a united Nigeria with plans for the future generation.

Assuring APC leaders of her loyalty and support Emordi said: “the APC-led federal government is working for the South East and this is attracting more PDP members into APC.”

It would be recalled that no fewer than seven PDP NWC members resigned yesterday from their positions over alleged unfair treatment by the party’s national chairman, Uche Secondus.

The officers in different letters tendered before the party’s secretary argued that the NWC led by Secondus allegedly sidelined them in the daily activities of the party.

The resignation of the seven members of the NWC was confirmed by the party’s National Organising Secretary, Col. Austin Akobundu (retd), to newsmen on Tuesday and claimed that they were not major members of the committee.