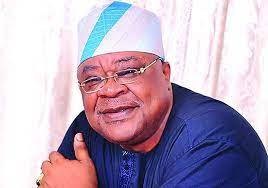 The Oyo State former governor, Christopher Alao-Akala, has been reported to have passed on at the age of 71 in his hometown, Ogbomoso.

As gathered, the former governor was said to have died on Wednesday in his sleep, while preparing for his first wife’s 70th birthday expected to hold next week in the state.

Before his demise, the Oyo former governor, according to family source, was ill and was about fully recuperating when death snatched him away.

He was born on the 3rd of June 1950, at Ogbomoso in the Ogbomoso North Local Government Area of Oyo State and had his elementary school at Osupa Baptist Day School, Ogbomoso.

The deceased was enlisted as Cadet Inspector of Police in June 1974, at the Nigeria Police College, Ikeja and was later recommended for overseas training at the Hendon Police College, in London, United Kingdom (UK).

Alao-Akala has participated as a Nigerian delegate at two INTERPOL conferences in Nice, France and in Málaga, Spain.