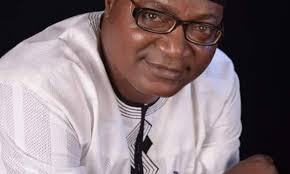 The Commissioner for Environment and Natural Resources in Oyo State, Kehinde Ayoola, has died in the early hours of Thursday, after a brief and undisclosed illness.

The Guild gathered that Ayoola, who had also served as Speaker of the State House of Assembly in 1999, had fallen ill some weeks back, during which he had driven himself to the hospital for treatment.

A source close to the government said that the deceased had been attended to at the hospital after which Ayoola was advised to return home and rest.

The State Governor, Seyi Makinde, confirmed the incident through a condolence message released on Thursday and expressed his sadness at the loss incurred by the state through the commissioner’s death.

Makinde, who described the deceased as a loyal and dedicated man, stated that the late Ayoola would be greatly missed by the people of Oyo state.

“I received with deep sadness, the news of the death of my dear friend and colleague, Rt. Honourable Kehinde Ayoola. Up until his death this morning, he served as the Honourable Commissioner for Environment and Natural Resources in Oyo State,”

“He was a loyal friend with a dedication to duty that cannot be questioned. He will be sorely missed for his great oratory skills and his love for the people of Oyo Town and Oyo State. May his soul rest in peace.”