Young Fawas Adeoye Journey to Fame… from bus conductor to… 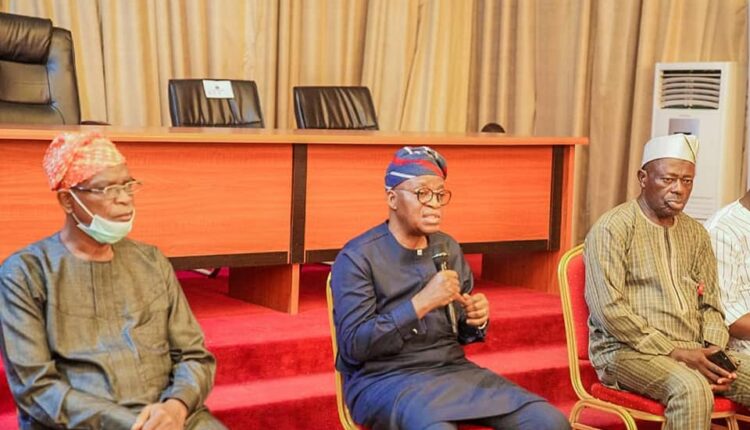 The Osun State Governor, Gboyega Oyetola, has lifted the curfew earlier introduced to restore normalcy across the state after protest against police brutality and extra-judicial killings snowballed into violence, arson and destruction of public and private infrastructures.

He explained that the removal of curfew followed observation of citizens’ compliance and cooperation with the government’s efforts to restore peace and normalcy to the state.

Oyetola said that the second relaxation was coming to ensure residents return to their normal lives while remaining law abiding citizens, a compliance he said, would augment the developmental stride of his administration.

Through a statement by the state’s Commissioner for Information and Civic Orientation, Funke Egbemode, the governor said that citizens can now go about their businesses and other transactions beyond 8:00pm without any hindrance or restrictions with effect today.

“The government has once again observed the level of compliance to all directives aimed at restoring tranquility to our dear state, and hereby appreciates the citizens for their patience and understanding. The government also appreciates security agencies for their efforts in maintaining law and order in the State.

“With effect from Wednesday November 11, residents of the State are free to go about their businesses without any hindrance or restrictions, while security agencies continue to discharge their duties to forestall breakdown of law and order.

“The government urges every citizen to be wary of actions that can upset the peace and harmony that the State is reputed for, and not hesitate to provide useful information to security agencies in case of suspicion of violence in any of our communities.

“The government is also calling on parents and guardians to continue to caution their children and wards not to allow themselves to be used by unscrupulous elements to jeopardize the peace of the state,” the statement said.