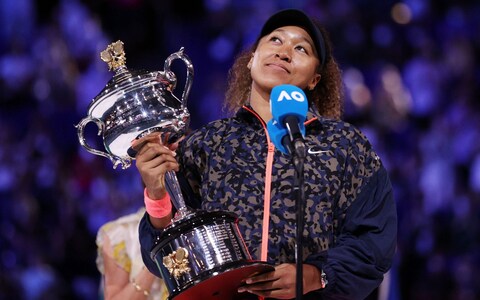 Japanese tennis player, Naomi Osaka, has won her fourth grand slam title, defeating United States (US) opponent, Jennifer Brady, in a straight-sets of 6-4, 6-3 at final of the 2021 Australian open.

The victory marks her second Australian Open title after listing the trophy two years ago, defeating Petra Kvitová after three sets, a win that catapulted her to the summit of global women players’ ranking.

After the match on Saturday, the Japanese player described Brady as a difficult opponent that often makes things difficult for other players, saying, she is on the rise and we all should watch out.

Osaka said: “We played in the semis of the US Open a couple of months ago and I told everyone that would listen that you are gonna be a problem, and I was right. It is really incredible too and for me, it is hard to play you, and to see your growth over the past few months is really cool. I think we are going to play a lot more matches, so here is to that”.

Speaking on her second defeat to the Japanese, Brady, described Osaka as an inspiration to other young girls aspiring to become great players on the court.

The US player, who was the only player among the 52 players that were placed under 14-day quarantine in Melbourne to make it past the third round, assured the world that the achievement recorded at the tournament would further inspire her to improve on her games.

“Hello everyone. First I would like to congratulate Naomi on another grand slam title. She’s such an inspiration to us all and what she’s doing for the game is amazing and getting the sport out there. I hope young girls at home are watching and are inspired by what she’s doing.

“Thanks to Craig Tiley and his team, Tennis Australia. I was in quarantine and they did everything possible for me to make it as comfortable as possible. I was able to do everything I could in the room and I appreciate everything that they did for me while I was there, so thank you”.