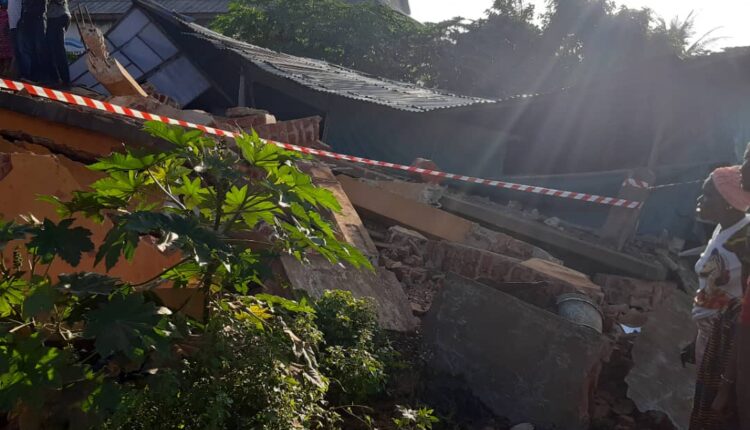 No fewer than one person was reported to have been recovered dead and three others trapped under a two-storey building that collapsed in Ikorodu Local Government, Lagos State.

Aside from the deceased victim and the three persons trapped under the rubbles, two persons, a male, and a female, were rescued by residents and community response team after the two-storey building caved in.

The ill-fated two-storey building was said to have been sited on 97, Lagos Road, Haruna axis of Ikorodu, and according to residents, the building came down at night when some of the occupants were about resting after the day’s work.

Before the building caved in, The Guild learnt that officials of the Lagos State Building Control Agency (LASBCA) had ordered that residents vacate the building after it failed an integrity test conducted to ascertain its habitation status.

Confirming the casualties, South West Coordinator of the National Emergency Management Agency (NEMA), Ibrahim Farinloye, through a statement made available to newsmen on Tuesday, hinted that the emergency operations were still ongoing.

Farinloye noted that the rescue operations started with Nigerian Policemen and officials of the Lagos state fire service but they could not do much after due to non-aavailability escavating equipment that could remove the building slabs on the victims.