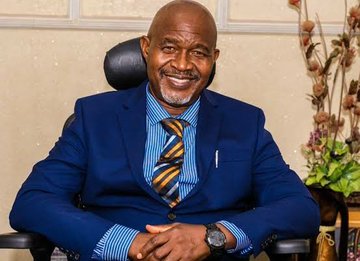 The crisis rocking the Ondo State executive cabinet continued on Monday with the Secretary to the State Government, Ifedayo Abegunde also known as Abena, tendering his resignation.

Abegunde’s resignation came barely two weeks after that of the deputy governor, Agboola Ajayi, dumped the governor’s party, All Progressives Congress (APC) for Peoples Democratic Party (PDP) where he had picked nomination form to vie for the forthcoming gubernatorial election in the state.

Announcing his resignation in a statement made available to newsmen on Monday, the former SSG, who thanked the governor, Rotimi Akeredolu, for giving him the opportunity to serve the state, stated that the resignation is personal.

Meanwhile, sources said that his resignation was due to the relegation of his office by the governor since his appointment into office.

Although Abegunde, a former member of the House of Representatives had remained an onlooker in the government for over a year, those in government never thought he would throw in the towel a few months to the election.

He had been complaining that all his responsibilities had been shared to others in government especially to close allies of the governor Abegunde, a grassroots politician had even vacated his office for months after the relationship between him and the governor became frosty following some irreconcilable differences.

Abegunde, who had not hidden his objection to the second term ambition of Akeredolu, was believed that his closeness to the deputy governor who also had a frosty relationship with the governor until he defected to the opposition party was one of his albatross.

When Abegunde was confronted, he didn’t deny the meeting with the leaders of the opposition party. But the governor turned down the request of his sack just as he did to the impeachment of his defected deputy.