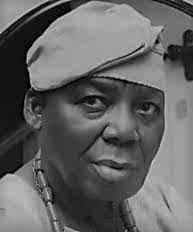 The Ondo State former Military Governor, Rear Admiral Abiodun Olukoya (retd) has been reported to have passed on at the age of 72 after a brief illness in the state.

Olukoya, who was governor of the old Ondo state before Ekiti state was carved out from it,  served the state between September 1990 to January 1992 during the military regime of General Ibrahim Babangida.

The former governor was said to have passed on after a brief illness on Tuesday and would be buried later after burial arrangement would have been completed, a family source,

In November 2009, he was among past governors of Ondo State that praised the achievements of former Governor, Olusegun Mimiko, and charged him to ensure that his administration continues to develop the state.

It would be recalled that the deceased ex-governor took over the mantle of leadership in the state from Commodore Olabode George (retd), a Peoples Democratic Party (PDP) chieftain, and handed over the state leadership to late Bamidele Olomilua.

How gunmen kill two soldiers, kidnap other during attack on Kaduna NDA