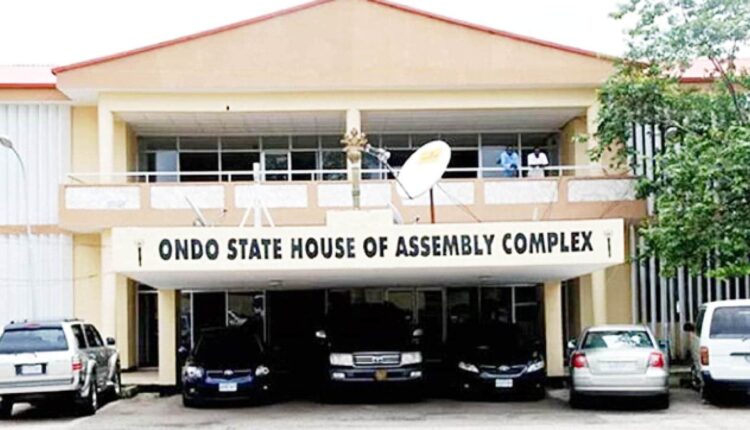 Barely 24 hours after it commences impeachment process for the Ondo State Deputy Governor, Agboola Ajayi, the House of Assembly leadership has suspended its Deputy Speaker, Hon Irioju Ogundeji and another lawmaker, Adewale Williams.

As gathered, their suspension was hinged on alleged unruly behavior which was against ethics of the Assembly. The suspended lawmakers, alongside seven others, had yesterday move against the impeachment process of the Deputy Governor initiated by the Assembly.

However, the crisis rocking the Assembly took a different turn on Wednesday after the lawmakers suspended both Ogundeji and Williams after kicking against the proposed impeachment.

Meanwhile, the Majority leader of the Assembly, Jamiu Maito, who was among the lawmakers who revolted against the impeachment plot also tendered his resignation from his position.

Maito’s resignation letter was read by the clerk of the Assembly, Bode Adeyelu, at plenary on Wednesday. The former majority leader of the Assembly represents Akoko northwest.

It would be recalled that an impeachment notice signed by 14 lawmakers on Tuesday was served on the Deputy Governor over allegations of gross misconduct, financial recklessness, and negligence of duty among others.