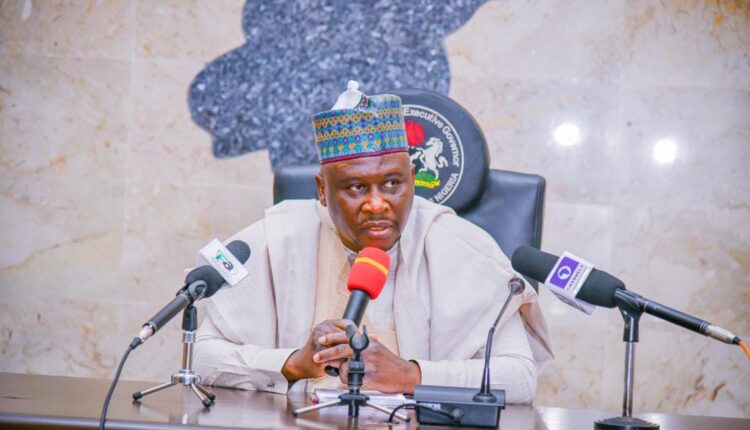 As part of activities to celebrate this year’s June 12 Democracy Day, Adamawa State Governor, Ahmadu Fintiri, has approved the release of nine inmates serving their jail terms at different correctional centers across the state.

The nine pardon inmates were currently serving their jail terms in Ganye, Jada, Jimeta, Numan, and Yola old correctional facilities and were said to have been approved by the governor for release after they embraced a better lifestyle while serving their sentences.

Fintiri, relying on the recommendations made by the state’s committee on prerogative of mercy, ignited the power conferred on him by section 212(I) of the 1999 constitution and directed that the nine reformed prisoners be set free in commemoration of democracy day

The governor, in a statement released by his Chief Press Secretary, Humwashi Wonosikou, on Saturday, hinted that the inmates would be released immediately, saying all other legal formalities have been concluded with the correctional institutions.

Earlier in his democracy day speech, Fintiri promised residents that his administration would continue to uphold tenets of democracy and introduce policies and programmes that would help address challenges confronting the state including insecurity, lifting people out of poverty net and others.

While promising not to betray the trust of the people, Fintiri vowed as a democrat to stand as a beacon for democracy and human liberty, adding that it informed the push towards building strong institutions for the future aimed at easing the plight of the people and the hardships in rural communities.

“Our desire to strengthen democracy and give it the true meaning further informed investments we are making in the social reingineering of the State through the provision of infrastructure and human capital development needed to unlock the growth and development of the Adamawa of our dream.

“We will continue to ensure we keep to our promise, a Government that is a progressive instrument of the common good, rooted in our values of opportunity, responsibility, determined to give our people the tools they need to make the most of their lives in a difficult period made worst by the dwindling economic hardship”, he added.

JUST IN: I have lifted over 10M Nigerians out of poverty- Buhari