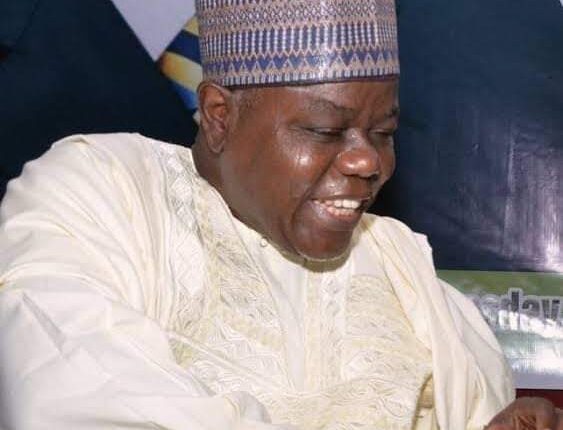 A Nigerian former ambassador to France and ex-minister of Mines, Power and Steel, Sheriff Bunu, has been reported to have passed on after a very brief illness in the country.

The deceased, who became famous public administrator under the military administration and last help public office mine years ago, was said to have died at the age of 74.

Bunu’s death was confirmed to newsmen on Monday by the Secretary of Borno Elders’ Forum, Dr Bulama Gubio, who described the former minister’s death as shocking.

Gubio added that during their last engagement, the deceased former ambassador was full of life and there was no sign of suffering any ailment.

He noted that the entire members of the elders forum were currently in double shock as they were about getting over the demise of another elder statesman, Tijjani Bolori, before news filtered in that Bunu was dead.

“We’re deeply pained by his departure. He was a good man. We were with him two days ago at the palace of Shehu of Borno and there was no inkling that his final days were near. Innalillahi Wa’Inna Ilaihi Rajiun. .

“His death came shortly after that of another elder statesman, Tijjani Bolori. It’s a great loss to Borno and Nigeria. May Allah accept their souls and reward them with aljannah for the wonderful things they did,” Gubio said.

Bunu was an administrator and engineer who served as a federal minister of Mines, Power and Steel during the military administration of General Ibrahim Babangida, and later represented the country as an ambassador to France in 1998.

After serving his term, the deceased between 2009 to 2012, was appointed as the Chairman, Governing Council of Ahmadu Bello University, Zaria.

He was born in Maiduguri, Borno State capital, and had his primary education in the city. And thereafter attended Government College, Maiduguri for his secondary education.

He later attended the Federal School of Science to obtain his higher school certificate. Buba earned a degree in engineering from Ahmadu Bello University and a master’s degree from Southampton University.