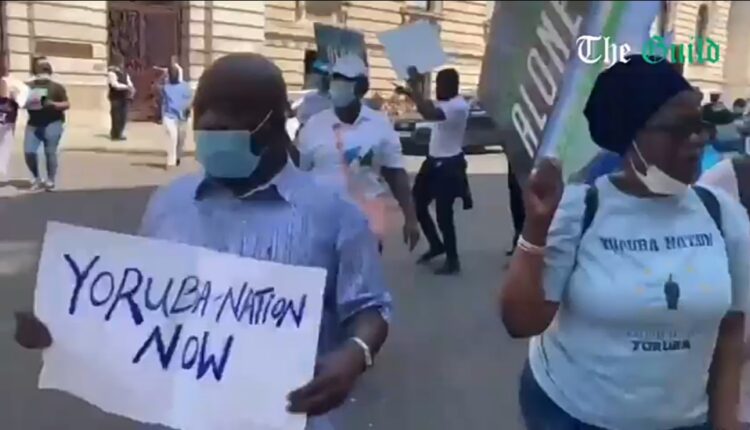 Share
As Benin Republic court, Cour D’ Appel De Cotonou, prepares to listen to Yoruba Nation agitators’ leader, Sunday Adeyemo popularly called Sunday Igboho extradition appeal, scores of Nigerians abroad have stormed streets of London including the Nigerian Embassy in United Kingdom (UK), to demand that the Federal Government back down on the move to allegedly extradite him back to Nigeria.
The demonstrators, including youths, wore T-shirts with Yoruba Nation flag bolding engraved on it, and march on the streets to express their displeasure over the state of activities in their fatherland including the President Muhammadu Buhari-led administration actions against Sunday Igboho.

Armed with a big banner and placards of different sizes that also bear different inscriptions, the protesters on Thursday demanded that the states in southwest region of the country be allowed to leave and become an independent nation.