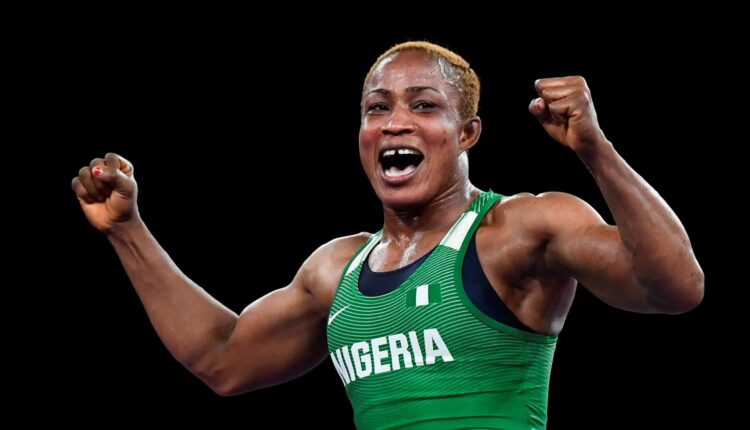 The Team Nigeria ranking on 2020 Tokyo Olympics medal has received a boost after one of its wrestlers, Blessing Oborodudu, won a silver medal in the 68kg wrestling final, increasing the country’s medal haul at the competition to two.

Oborodudu, who qualified for the final spot after going to the mat for two consecutive fights, was overpowered by her opponent from the United States (US), Tamyra Stock-Mensah.

Stock-Mensah on Tuesday claimed four points against Oborodudu, who had one point, and denied the Nigerian wrestler a more perfect finish in the games on Tuesday in Tokyo.

Although Oborodudu lost the match, the feat was Nigeria’s first medal in wrestling in the history of the Olympic Games after several attempts made by previous wrestlers from the country.