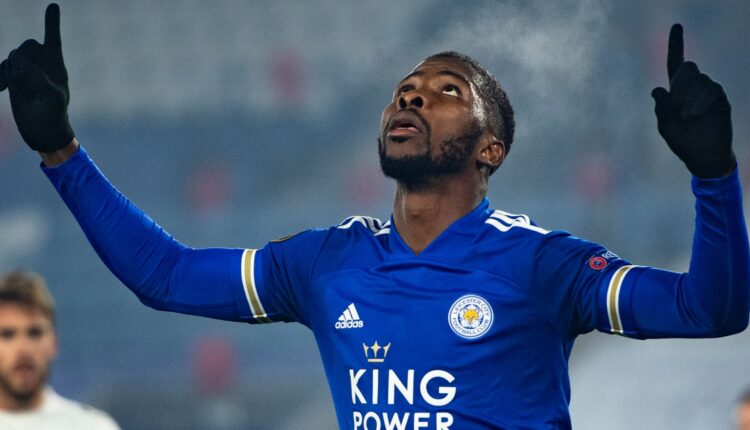 Nigerian and Leicester City striker, Kelechi Iheanacho, has scored his first hat-trick for his team in English Premier League (EPL) during an encounter against Sheffield United, assisting the club to win 5-0.

Also on the scorer’s sheet was Ayoze Perez, who scored the second goal after 64 minutes of the match played at the King Power Stadium, Leicester City’s home ground.

Meanwhile, an own-goal from Sheffield United’s player, Ethan Ampadu, on Sunday completed the rout, aiding Breden Rodgers’s Leicester City tutored-side to move up on the EPL ladder to second, boosting their Union of European Football Associations (UEFA) Champions League chances for next season.

For Sheffield United, however, the defeat has left the Blades rooted at the bottom of the league standings with 14 points from 29 matches played. The team also needs the same number of points acquired already within the season to escape relegation with just nine matches left to end the season.
Both teams were expected to be in action again during FA Cup quarter-final next weekend, while Leicester host Manchester United, Leicester will be traveling to London and face Chelsea Football Club.

Speaking on the achievements, the Nigerian striker described the feat as a reward for several weeks of hard work on and off the pitch particularly the manager’s words of encouragement.

He said: “I have been working on this for a long time. I must thank God, my manager, and other members of the team for the achievement. Among the players, I must personally commend Jamie Vardy for providing two assists”.

The third assist, and last goal, was provided by another Nigerian, who also plays for Leicester City, Wilfred Ndidi, sending a through pass to his fellow countryman to nail the Blades.

Iheanacho, meanwhile, dedicated the goal to his mother and all mothers globally for their efforts to raise their children to become major contributors to society’s development.