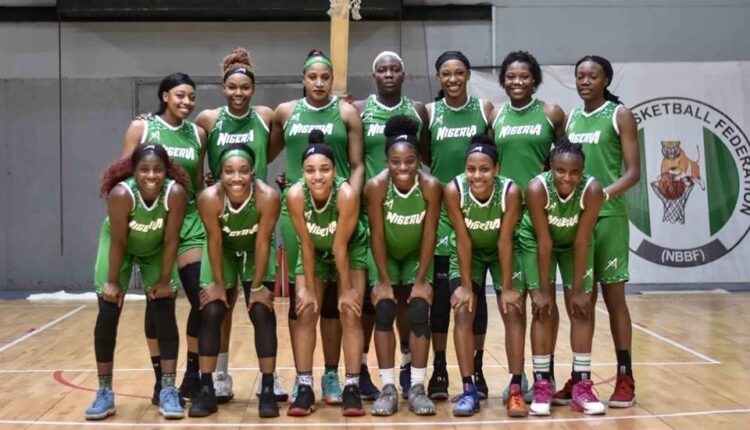 The Nigerian female basketball team, D’Tigress, has edged out the Malian team by a wide margin and retained its Afrobasket champions title won during the last edition.

D’Tigress, after their dismal performance at the Tokyo Olympics, displayed the status that earned them the continent’s number one team by defeating their West African neighbours by 11 points after the fourth quarter of the game.

During the final match of the tournament on Sunday, the Nigerian team wasted no time from the jump ball as they handed the Malians an 11 points lead in the first quarter which ended 22-11. 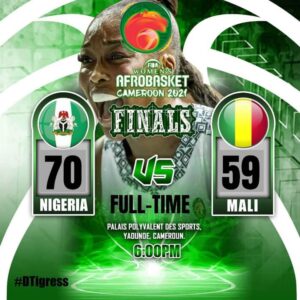 As the match played inside the indoor hall of the Palais Polyvalent des Sports in Yaounde, Cameroon, progressed into other quarters, the D’Tigress won the second quarter to maintain the lead they earn earlier.

In the third and fourth quarters of a game played barely 14 hours after the Nigerian team coach, Coach Otis Hughley, celebrated his birthday, the Malians won the last quarter reduce the deficit and end the game at 70-59 in D’Tigress’ favour.