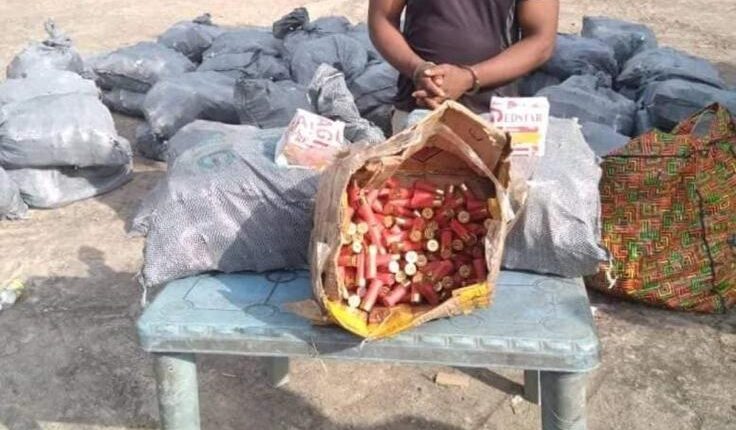 Igwebudu was arrested by officers of the anti-drug agency in Marine modern market, Onitsha, Awka North Local Government Area of the state.

As gathered, the arms dealer was arrested by NDLEA officials, who were accompanied by military officers, following credible intelligence gathering and hints on drugs and arms deals in the location.

Confirming the arrest and detention of the dealer, Director of Media and Advocacy, Femi Babafemi, said that the ammunition already in their custody was recovered from the dealer’s store located on Success Line in Marine modern market.

Babafemi, through a statement made available to newsmen on Friday, said that the discovery of the ammunition resulted in the arrest of the dealer for prosecution.

He noted that the Chairman of NDLEA, Brig. Gen. Buba Marwa (retd), while commending the officers for their efforts, meanwhile, charged them and their colleagues in other commands to sustain the tempo.
According to him, Marwa has directed that the arm and ammunition along with the suspect arrested in Anambra be transferred to the police.

“The discovery, which led to the arrest of an arms dealer, 34-year-old Donatus Onyemachi Igwebudu followed credible intelligence on drugs and arms deal in the location.
“Backed by soldiers from the military, NDLEA operatives stormed the store on Wednesday 15th December 2021 and moved the arm and ammunition to the Agency’s office in Awka”, it added.

How Policeman, two others died during youths attacks on Kogi station