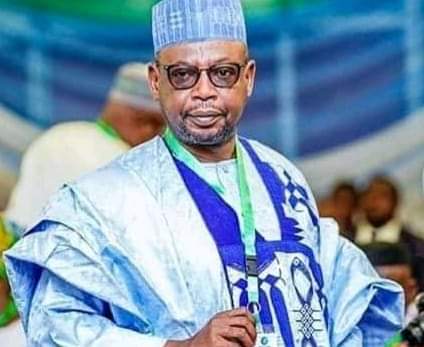 The lawmaker representing Lafia/Obi federal constituency at the House of Representatives, Abubakar Dahiru, has resigned his membership in the All Progressives Congress (APC), accusing the party of supporting injustice.

Dahiru said that the party allegedly supported actions that were unjust, particularly against him, which resulted in his decision to leave the ruling APC.

The lawmaker, who had been representing the constituency for over eight years, meanwhile, did not announce the party he would be joining after leaving APC.

Dahitu’s defection was made known on Thursday in a letter dated June 10, 2022 which was sighted by The Guild and written to the party chairman of his ward, Zanwa of Lafia Local Government of the state.

According to the letter, I hereby write to notify you of the withdrawal of my membership no NW/LFA/08/22701. This is due to the injustice done to me by the party.

As gathered, the lawmaker dumped the governing party after losing the bid to seek a return to the House of Representatives for a record third term in office.

He resigned from the party barely a month after losing his return ticket to another former member of the House of Representatives, Mohammed Al- Makura, who is a nephew to the immediate past Governor of Nasarawa state, Tanko Al-Makura.

The nephew to the former governor emerged winner of the primary election for Lafia/Obi Federal Constituency, of Nasarawa State ahead of the 2023 National Assembly polls.

The returning Officer, Dr. Musa Ogah-Ari, while announcing the result of the primary election, said Muhammed Al-Makura scored 36 votes to defeat the incumbent house of reps member, Abubakar Dahiru who scored a total of 32 votes while Dr. Joseph Kigbu polled 23 votes.
Speaking to journalists shortly after he was declared the winner of the primary election, Muhammed Al-Makura commended the peaceful process in which the election was conducted, thanking the delegates who voted for him as the electoral committee for the orderly manner with which the election ended.

He promised to represent members of his constituency well and address the issue of poverty by creating job opportunities for the unemployed youths if elected in the forthcoming general election in the state.