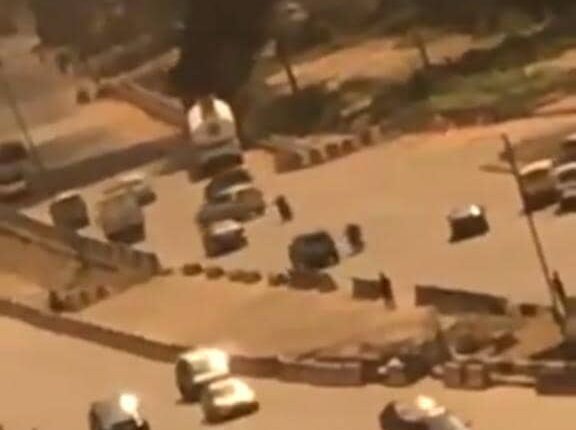 Dozens of motorists and residents residing around Otedola bridge end of Lagos-Ibadan expressway were reported to have been in panic after a tanker suddenly went up in flames, forcing many to flee from the scene.

As gathered, the tanker driver and his assistant, in other not to be trapped in the fire, were said to have abandoned the truck to seek for emergency officials to put out the fire. 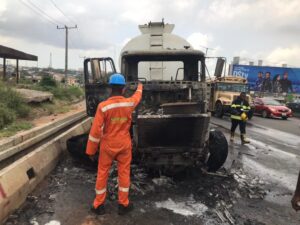 The thick black smoke oozing out from the tanker on Friday has attracted the attention of motorists who have started abandoning the route while others that could risk it were forced to zoom off from the scene without considering to know the cause.

It was learnt that officials of the Lagos State Fire Service and other emergency agencies have arrived at the scene to address the inferno that had the bridge under a spotlight.

The Guild further gathered that traffic on the road was already diverted by the emergency officials to avoid recording any causality from the incident.