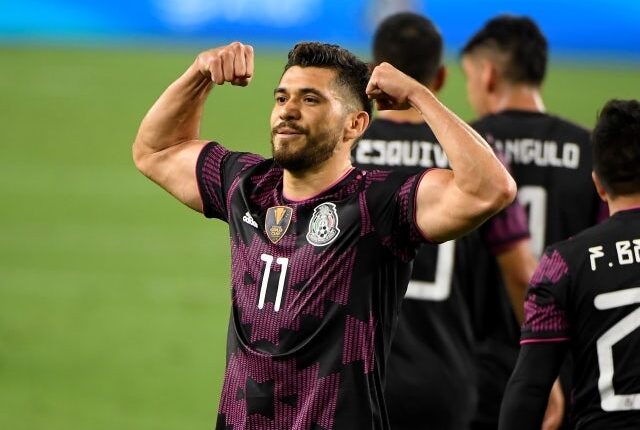 The Mexican national football team has thrashed the Super Eagles of Nigeria 4-0, extending their superiority over the African team to three wins and three draws across the six encounters between both teams.

During the match played at the Los Angeles Coliseum in the United States (US) on Sunday, the African team surrender to their opponent firepower two minutes after the referee signaled the commencement of the game with a goal from the Mexican winger, Hector Herrera.

And as the Super Eagles were about to leave their nest to restore parity, their opponent extended their lead two minutes after the first, increasing the tally to 2-0 through a strike from their opponent’s point man, Rogelio Funes.

After both goals, the Nigerian team thwarted all moves made by the Mexican to maintain the scoreline, even as their efforts to get a goal during the half were prevented by the defense paraded by their North American opponent.

The Super Eagles, meanwhile, could not sustain the momentum at the start of second half with their opponent increasing the tempo of the game and took the match beyond the Nigerian team filled with players plying their trade in their country; due to the unavailability of the foreign-based stars who were preparing for pre-season with their various clubs.

Efforts of the Mexican team popularly called El Tri paid off during the 52nd minute of the encounter, seven minutes after its start, slotting in their third goal through Hector Herrera, who increased his tally in the game to two.

In a bid to salvage the situation, Super Eagles coach, Gernot Rohr, introduced four players into the encounter but the effort was thwarted by the Mexican coach, Gerardo Martino, an Argentine former professional footballer, who substituted Herrera and brought in former Barcelona forward, Jonathan dos Santos, and the player returned the coach’s favour with a strike that increased the El Tri tally to four.

For the Super Eagles, the match was put together to help the team get into the best shape ahead of the FIFA World Cup qualifiers, which would commence in September while the Mexican leaves for the 2021 Concacaf Gold Cup to defend their title. They would be looking to clinch their 12th Concacaf Gold Cup title when the tournament begins on July 10.

The defending North American champions started their 2021 MexTour Series on May 30 with a 2-1 win over Iceland followed by a goalless draw with Honduras and a 3-0 thrashing of Panama in Nashville on Thursday morning.

During the tournament, Mexico would also be counting on the experience of Real Betis’ forward, Diego Lainez, and Napoli of Italy player, Hirving Lozano, as both players have scored and assisted with a goal during their last six games.

How Matawalle dumped PDP over FG’s intimidation, others – PDP