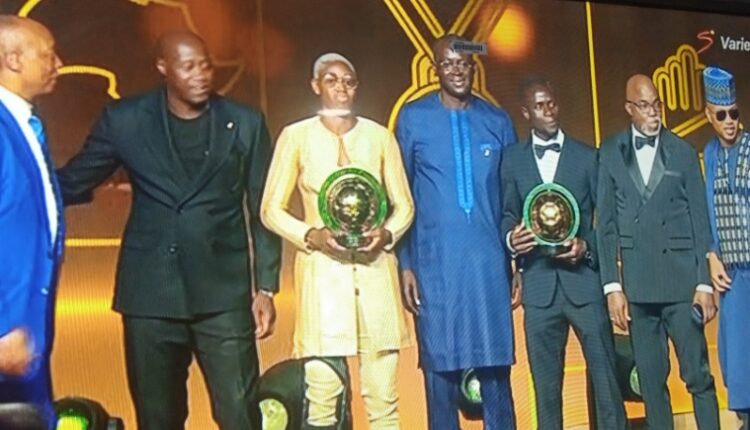 Senegal and Bayern Munich forward, Sadio Mane, and  Super Falcons striker, Asisat Oshoala, have been adjudged the best male and women footballers for the year 2022 across Africa by the Confederation of African Football (CAF).

Both players were said to have edged out other contenders vying to win the award through their performance in both club and national team representations during the year.

Also, Moroccan club and winner of the African champions league, Wydad Athletic Club, was adjudged the best club in the male category while the Club of the Year for the women went to South African club, Mamelodi Sundowns.

In the interclub player of the year category, Evelyn Badu of Ghana and Sekondi Hasaacas Ladies/Alvaldsnes, won the Women award while the male category goes to Egypt and Al Ahly player, Mohamed El Shenawy.

The National team of the year for men was won by the Senegal and the coach and the country’s former captain and current coach, Aliou Cisse, edged out other coaches to pick the award.

In the coach of the year for the female category, South African coach, Desiree Ellis, was picked ahead of her Moroccan counterpart after guiding the team to win different trophies. And best goal award for the outgone year for male went to Senegal and Simba player, Pape Sakho.

The 27-year-old, with this, she becomes the first African to win this prestigious for a record five times, overtaking Perpetua Nkwocha who claimed the accolade on four occasions.

For Mane, the forward capped a stunning year with his second African Player of the Year crown, beating off competition from Salah and his national team colleague, Eduard Mendy.

Sadio Mane has won the 2022 African Player of the Year prize ahead of Liverpool’s Mohamed Salah and Chelsea goalkeeper Edouard Mendy, claiming the prestigious prize at the Caf Awards ceremony in Rabat on Thursday.

It is the Senegal international’s second African Player of the Year title as he becomes the fifth African after El Hadji Diouf, Samuel Eto’o, Yaya Toure, and Salah to win the award in consecutive years since Caf took over the distribution of the award in 1992.

Having been recognised as the best player on the continent, he is now two triumphs short of Eto’o and Toure – who both won the prize a record four times.

On the international scene, Mane propelled the Lions of Teranga to win their maiden Africa Cup of Nations – scoring the crucial penalty that downed Egypt inside Olembe Stadium in Yaounde, locking up the victory after a 0-0 draw through 120 minutes.

The 30-year-old was impressive throughout the tournament, contributing three goals and two assists to win the Player of the Tournament.

His contributions were also key in helping the West Africans qualify for the 2022 Fifa World Cup after defeating Salah’s Pharaohs over two legs.