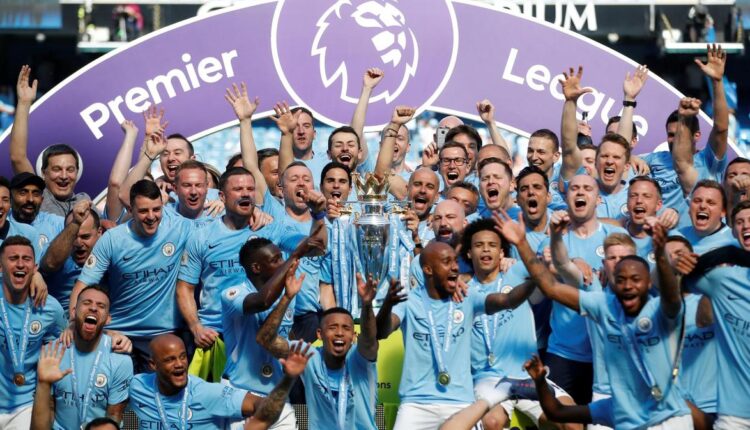 Barely three matches to the end of 2020/2021 English Premier League (EPL), Manchester City has been declared champions of the league after Leicester City recorded a 2-1 victory over second-place team, Manchester United.

Following the second team’s defeat, Manchester City became champion, winning their seventh league title in history and the third under Pep Guardiola after he took over the team five years ago.

During the match played on Tuesday, Leicester City opened the goal chart after 10 minutes with a strike from 19-year-old Luke Thomas. But five minutes later, Manchester’s Mason Greenwood leveled the game to ensure the first-half finish 1-1.

Leicester City restored the lead 21 minutes after re-start of the game played at Old Trafford when their opponent refused to deal with a corner allowing Turkish forward, Soyuncu, to slot in the ball, leaving David Dea with no option than to allow the ball in.

If the Red Devils had won, the Ole Gunner Soljear team would have prevented City from celebrating on this day, rather, delay it till when the team plays its next match on Saturday.

Man City has won the league five times since 2011-12, winning it for the first time since 2018-19, and equaling Chelsea for the most league titles in the Premier League era.

Their conquest doesn’t come as any sort of surprise as it seemed inevitable for months that they would win it, long boasting a massive point advantage over the teams below them.

The table-toppers has won 25 of their 35 league games so far this season with a revamped defense leading the way, conceding just 26 goals to run away with it, knocking Liverpool off the pedestal as the champs of England.

The trophy is City’s second of the season after winning the EFL Cup, and they’ll go for a third on May 29 in the UEFA Champions League final against Chelsea, which you can see on Paramount+.

Manchester United had the chance to pull within six points of City with a win over Leicester, though it never felt likely even in the slightest that they would come even remotely close to catching City.