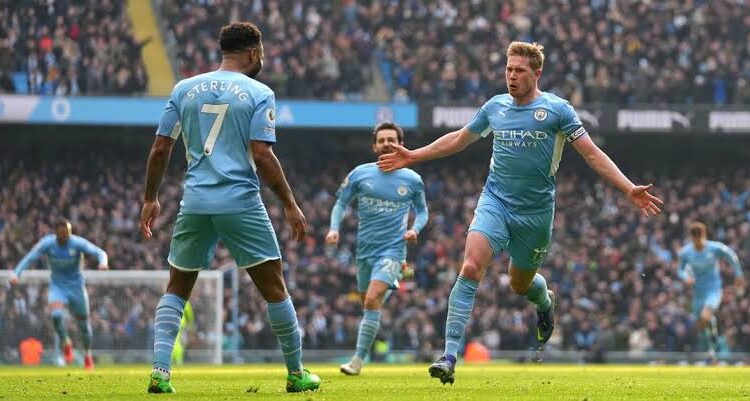 An English football giant, Manchester City, has defeated Chelsea 1-0 during and Premier league game, extending its lead on the current log to 13 points ahead of the London club.

Manchester City scored the winning goal of the game 20 minutes to the end of the game after curling a shot past the Chelsea goalkeeper, Kepa Arrizabalaga, to take the driver seat in the top table game.

During the game played at the Etihad Stadium, the home ground of Manchester City, the Chelsea former player broke the deadlock in a tight game to further extend his team lead above the defending league champion, Liverpool, to a 14-point advantage.

Chelsea had their chances, the best coming when Ederson, the Manchester City goalkeeper, saved Belgian forward, Romelu Lukaku, strike to ensure that the London club leaves Manchester with no point.
As gathered, Manchester City deserved the win for their greater urgency and possession, Kepa keeping out Jack Grealish with a first-half save, and this represents another significant stride in their quest to retain the Premier League crown.

The host had not been able to impose a sustained threat on Chelsea, despite having so much possession, but they have the calibre of player who can fashion a goal out of nothing.

On this occasion, it was De Bruyne who stepped up, running deep into Chelsea territory in the 70th minute before curling a perfect low right-foot finish before the outstretched left arm of Kepa and into the bottom corner.

Etihad Stadium is celebrated in a fashion fitting for a moment of such class and importance and these three points once again give the impression that City’s lead in the title race is pretty much unassailable.