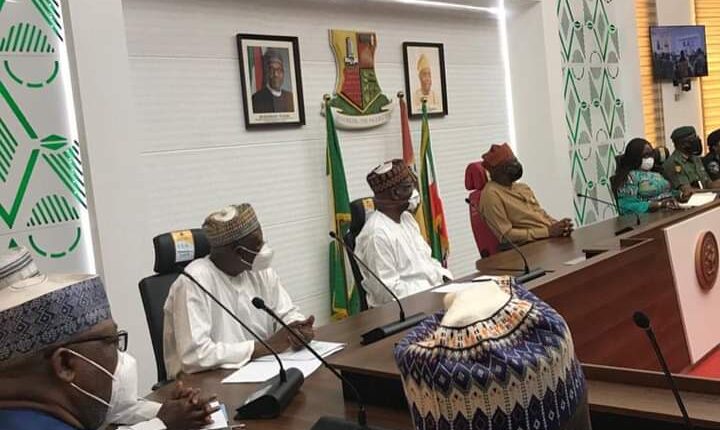 Share
As part of efforts to address security challenges, the Oyo State Governor, Seyi Makinde, and his Kwara state counterpart, AbdulRahman AbdulRazaqm have concluded plans to set up a joint committee the would proffer solutions to the insecurity confronting both states.

They both agreed that the committee, when inaugurated, would be saddled with the responsibility of coming up with solutions to challenges peculiar to both states.

The decision to set up the committee was reached at a closed-door meeting held at the State House in Ibadan between both governors, traditional rulersand other stakeholders from Oyo and Kwara states considering their proximity.

After the meeting on Tuesday, Makinde, while reading the communique reached before journalists, stated that the committee would help to solve the crisis between confronting both states including farmer, herders clashes that had resulted in eviction notice from some individuals.

Although the governor did not mention Yoruba right activist, Sunday Igboho, but The Guild gathered that hos issue was deliberated upon at the meeting that lasted for several hours.

Makinde said: “We acknowledged the fact that non-state actors are getting upper hands in communicating and spreading hatred within the country and we asked our leaders to speak with one voice, especially at the Nigerian Governors’ Forum. We have to be firm. We have to be decisive in dealing with security challenges the country is faced with.

“Our traditional rulers in border towns of Oyo and Kwara states are encouraged to come together in fostering unity and exchange of information. With that, our security agencies will be able to proactively deal with the situation instead of being reactive.

“We agreed that a more detailed working team is to be set up between Oyo and Kwara States. Issues to be addressed will have wider national ramifications.

“Asking some people to leave Oyo State has created issues in Kwara State with internally displaced persons now spread across Kwara State. They are in 13 villages across seven local government areas of Kwara State with its attendant challenges of maintaining those individuals”, he added.

The Emirs of border communities Okuta, Ilesha Baruba, Yashikra and representative of the Emir of Gwanara were also in attendance.