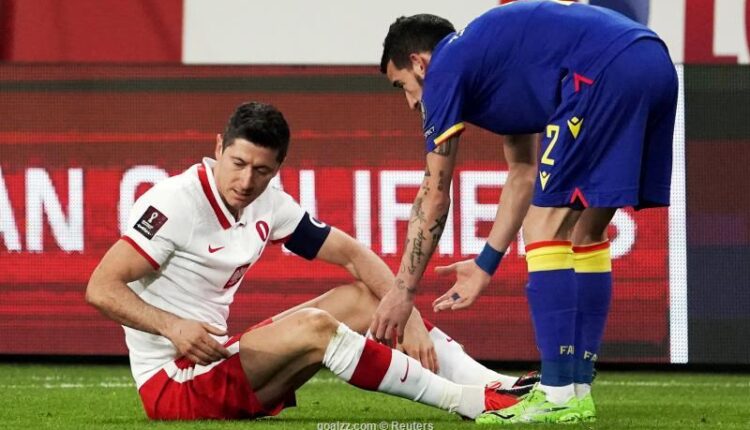 In addition to the Champions League tie against PSG, Lewandowski is also set to miss Saturday’s massive Bundesliga clash against RB Leipzig.

Bayern said that the striker, who had scored 35 goals for the club in this season, suffered a sprained ligaments injury on his right knee and would be out for atleast four weeks.

The striker’s injury update was released on Tuesday in a brief statement on the club website, disclosing that Lewandowski suffered the injuries during an international match for his country against Andorra.

“Robert Lewandowski has strained a ligament in his right knee. The FC Bayern striker will be out for around four weeks. After Poland’s 3-0 win over Andorra, Lewandowski returned early to Munich, where a diagnosis was made by the German record champions’ medical team.

“The 32-year-old had scored the first two goals in Sunday’s match, before having to leave the field after an hour following a clash”, it added.

The Poland international is having another sensational campaign, scoring 42 times for Bayern in all competitions thus far.