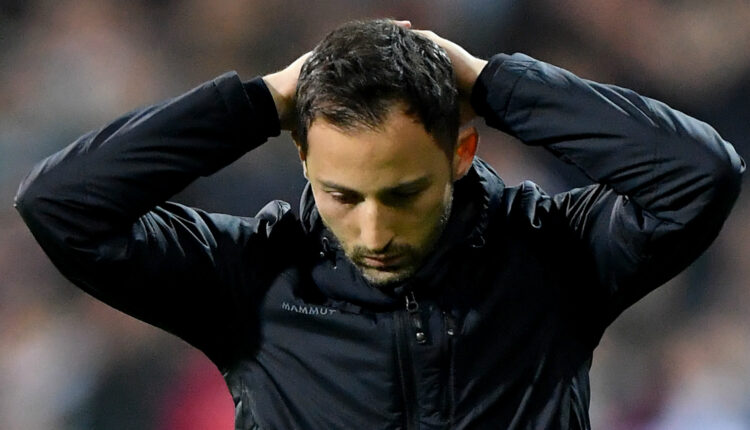 The management of the German club, RB Leipzig, has sacked its head coach, Domenico Tedesco, following their 4-1 defeat to Shakhtar Donetsk in their Champions League opener.

RB Leipzig’s heavy defeat proved to be the major reason the club terminated the contract of the manager barely 10 months after his appointment to manage the team.

The club announced Tedesco’s sack on Wednesday through a statement made available on its website after ensuring the former manager’s assistants, Andreas Hinkel and Max Urwantschky.

It added that a new manager would be appointed soon to ensure that the vacuum left by the tacticians does not remain before its next league game.

According to the statement from the club, “RB Leipzig have parted company with Domenico Tedesco with immediate effect. Assistant coaches Andreas Hinkel and Max Urwantschky have also left the club. RB Leipzig will announce his successor in due course.”

Leipzig currently sits 11th in the Bundesliga, having won just one of their opening five games. Their most recent outing in the league saw them lose 4-0 to Eintracht Frankfurt, meaning they have shipped eight goals in their last two games.

Before his sack, the former manager guided Leipzig to DFB-Pokal success as well as the Europa League semi-finals last season, but has paid the price for a poor start to the 2022-23 season.

The Borussia Dortmund former boss, Marco Rose, was reportedly already in the running to replace the Italian on the touchline at Red Bull Arena.

Buhari has no preferred candidate for 2023 election- FG

Currency swap crisis: Buhari, you owe Tinubu more than this…

Tinubu and the cabal around Buhari

The Governor and the Cemetery Boy