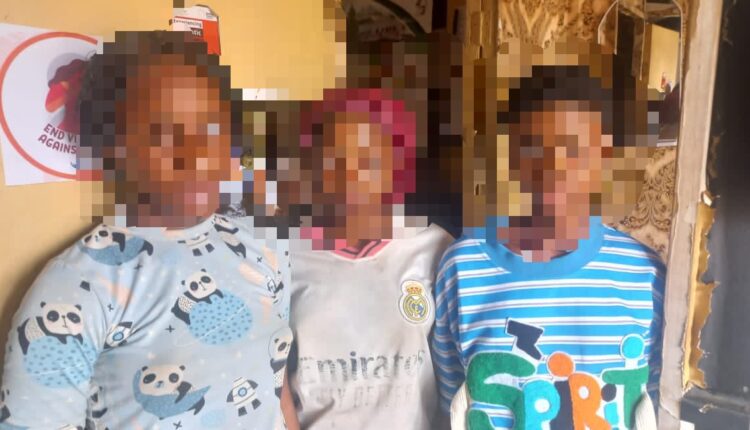 No fewer than three teenagers were reported to have been rescued by the Lagos Police Command after being forced to engage in prostitution around Itamaga axis of Ikorodu Local Government in Lagos State.

The victims, whose surnames have been withheld, were rescued by the team led by the Commander, Rapid Response Squad (RRS), CSP Olayinka Egbeyemi and identified as 14years old Saviour, Bright 13years old while Deborah was 12 years old.

It was learnt that they were rescued by the law enforcement agency personnel while fleeing from the custody of a mistress who was alleged to have brought them from Akwa Ibom State to Lagos under the guise of assisting them with lucrative employment.

The Lagos police command spokesperson, Benjamin Hundeyin, who disclosed the arrest on Friday through a statement made available to newsmen, added that the teenagers were rescued at about 0600hrs when a patrol team noticed their suspicious movements within the axis.
According to the statement, “Preliminary investigation revealed that the victims, Saviour aged 14, Bright aged 13 and Deborah aged 12 (surnames withheld) upon reaching Lagos were locked by their mistress (still at large) in a hotel and starved for days as a means to force them into accepting prostitution. Contact has been established with the victims’ families.
“The Commander RRS, CSP Saheed Olayinka Egbeyemi, has in line with the directive of the commissioner of police Lagos state, CP Abiodun Alabi, transferred the victims to the Gender Unit of the Lagos State Command  for further investigation”.