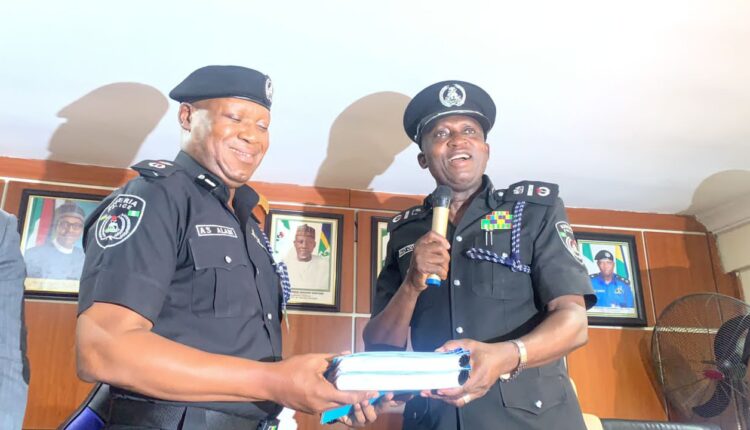 In a bid to prevent a leadership vacuum at the Lagos Police Command, new Commissioner of Police,  Abiodun Alabi, has assumed duty with a promise to improve the level of security through an effective tackling of all forms of crime across the state.

Alabi said that all efforts would be put together to ensure that residents of Lagos could move anytime within the state without nursing any fear of being harassed, dispossessed of personal belongings, and other forms of crime in the state.

After receiving the handling note from Assistant Inspector General of Police (AIG), Hakeem Odumosu, on Monday, during a short ceremony at the Command headquarters in Ikeja, the new police boss engaged his subordinate, informing them of his plans for the state security architecture.

On his plans for the state to become more secured, Alabi noted that the entire state would be mapped to understand the crime prevalent with each of the communities within the state.

The police boss hinted that trends and patterns of crime would continuously be monitored across the state to understand appropriate crime prevention strategies for the state.

According to him, issues of gang disturbance as well as wars will be holistically addressed and those found culpable of the crimes will face consequences of their actions in accordance with the law of the country.

He said: “I will ensure policing and dominance of security space by ensuring the presence of policemen at all times to deter criminals as a preventive measure and ensure that Rapid response squad is encouraged and strengthened to respond promptly and effectively to citizen’s concerns”. 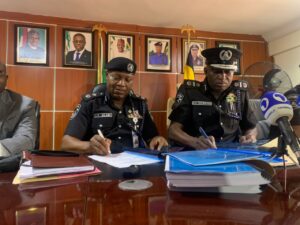 While enforcing the law as stipulated by the constitution, Alabi promised to ensure that under his watch the policemen in Lagos have respect for the fundamental human rights of Lagosians, adding no breach of human rights will be tolerated under my command.

“Our men’s conduct while discharging their duties must be in conformity with our professional ethics especially with issues of corruption extrajudicial killings and acts of incivility to members of the public”.

He noted a dedicated line would be provided to give residents the opportunity to report any policemen that violate their fundamental human rights, saying this is to give Lagosians access to him and also serve as a feedback mechanism for the command.

“I will not be allergic to constructive criticism but will see it as information to rejig our security architecture for our policing strategy. Therefore, I will encourage collaboration with the four estates of the press that issues concerning our policing policies in the state are brought to my knowledge promptly”.

Aside from the residents, the new police boss disclosed: “I will strengthen inter-agency collaboration and synergies with other security agencies to ensure a robust and healthy relationship with heads of the formations in Lagos State in the management of crime and others.

Earlier, Odumosu appealed that residents of Lagos and pressmen should support Alabi towards providing required security for the state.

“The press has always been my mirror. Like they say that the press can either make or mar you, The press has made me and I really appreciate them for that. I resumed my office today as the AIG, Federal operations, in Abuja before coming for the handing over. I want to employ us to work with new CP just as you have done with me to enable him to deliver his best for Lagos State.”