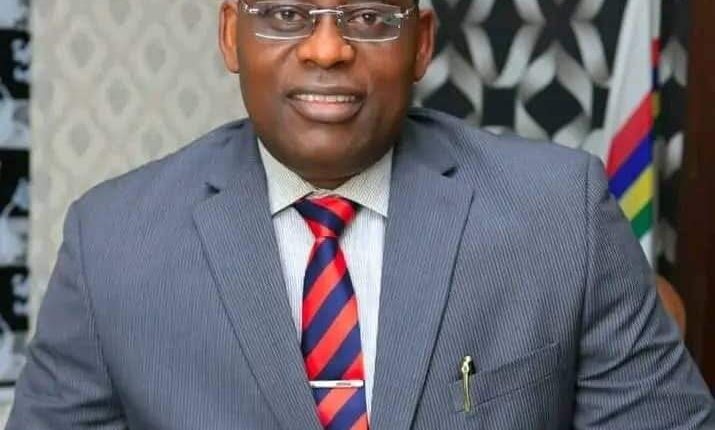 The Chairman, House Committee on Local Government at the Lagos State House of Assembly, Sobur Olayiwola Olawale, popularly called Omititi, has been reported to have died after he slumped while returning from the All Progressives Congress (APC) presidential campaign rally kick-off in Jos, Plateau State capital.

As gathered, the lawmaker, who represents Mushin II, was said to rushing with other Lagos Assembly members to board their flight back home when he suddenly slumped at the airport in Jos, and all efforts to resuscitate him proved abortive.

Members of the Lagos APC that attended the campaign rally flagged off by President Muhammadu Buhari on Tuesday narrated that Olawale, who celebrated his 58th birthday barely eight months ago, did not show any sign of sickness before he slumped and was pronounced dead by medical experts.

The deceased lawmaker recently participated in a novelty football match played to celebrate the Speaker’s 50th birthday anniversary where he was the goalkeeper and saved many goal-bound shots for his team.

Aside from that, a family source told The Guild that the deceased lawmaker was planning to bankroll one of his child’s wedding ceremonies in the state.

The Chairman, Lagos State House of Assembly Committee on Information, Strategy, and Security, Setonji David, confirmed the development through a statement released and made available to The Guild.

Setinji noted that death of the lawmaker came to him, the Speaker, Mudasiru Obasa, and 37 other lawmakers at the assembly as a rude shock and they were yet to understand reasons for his death.
According to the statement, It is with deep sadness, sense of loss and heavy hearts that we inform you of the death of our colleague and friend, Hon. Abdulsobur Olayiwola Olawale (alias OMITITI) representing Mushin Constituency 02 in the Lagos State House of Assembly, who passed on today.
“Olawale was until his untimely demise the Chairman House Committee on Local Government and Community Relations, a second-term lawmaker left us unexpectedly and threw the who House into mourning.
“This death really hit us below the belt. We will all miss him more than words can express. We urge you to join us in prayers for his family at this time”, he added.

HOW I BECAME KNOWN AS OMITITI

Before his death, the former lawmaker had narrated how the name Omititi came about and how it had become his major nickname among politicians in the state.

According to him, in the year 2002 when I came out for the House of Assembly as one of the aspirants. There were four of us at the time. The four of us were given particular days that we would appear and address our LG officials as well as our followers.

“So, the three others have had their own days, so on the last day which was my turn, people turned out massively for me. There were people of different ages in the crowd.

“We had people in their 70s, 80s, and also younger people in their 50s. When we got to the LG, our leader, the then leader of the party, late elder Adeleke Ajiboso, saw my crowd and the song they were chanting then was, “Tiwan Tiwa, Omititi.’

“The man looked at us and said if a young boy like this could pull this kind of crowd, if he had his way, he would’ve handed over to me the ticket.

“He said he appreciated our slogan and that he could see that truly, I shook everywhere. The three other aspirants were my seniors in politics and the man was impressed by this. It was even baba who helped to spread the name, Omititi .

“Anywhere baba saw me, he would hail me by saying Omititi . And I would respond. That was how the name stuck till now. We give God all the glory.

I am a trader with less knowledge to Soludo-Obi