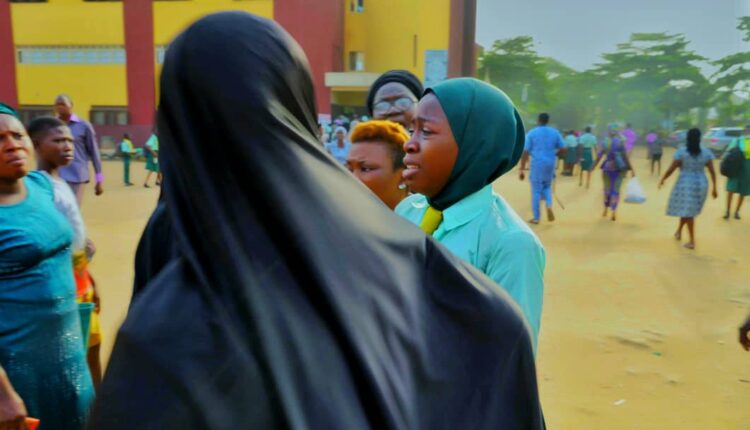 The Lagos State Government has shutdown Bab Fafunwa Millennium School, Ojodu, formerly Ojodu Grammar School until January 2022, following the accident that claimed the lives of two students and left at least 14 others varying degrees of injuries.

Of the over 14 students, only 12 including seven females and five males were said to be on admission at the different healthcare facilities across the state where they were been treated by the medical experts, in order to ensure quick recuperation.

Other students said to have sustained minor injuries when the truck with number plate APP 438 YA and driven by one Bolaji Kabiru, under detention of Nigerian Police, crushed the students at the Grammar school bus stop.

Announcing the development on Wednesday, Commissioner for Education, Folashade Adefisayo, who visited the school and the injured students, said that the move was to commiserate with the families of the victims and to address all the issues raised by the parents and other stakeholders of the school.

At the school, she disclosed that arrangements were being made by the government for trauma counseling sessions for students and teachers in person and the state helplines.

According to her, we are working with professional counselors and trauma experts to support us in helping students and teachers pass through this challenging time.

Adefisayo said that the visit was to ascertain what transpires and commiserate with the deceased students’ families and their teachers as well as colleagues.

At the hospital, she further disclosed that the Lagos state government would be responsible for the medical expenses of all the affected students.

The commissioner, later through a statement by the ministry’s head of Public Affairs unit, Ganiu Lawal, described the incident as quite unfortunate and devastating.

She was accompanied on the visit to the victims at the various health centers include the Permanent Secretary, Ministry of Education, Abayomi Abolaji, Directors of the Ministry, District, Quality Assurance Officials, and School Management.

The visit came barely 24 hours after a truck allegedly experienced brake failure and killed at least two students from the school and injured others that were returning home after the day’s activities.