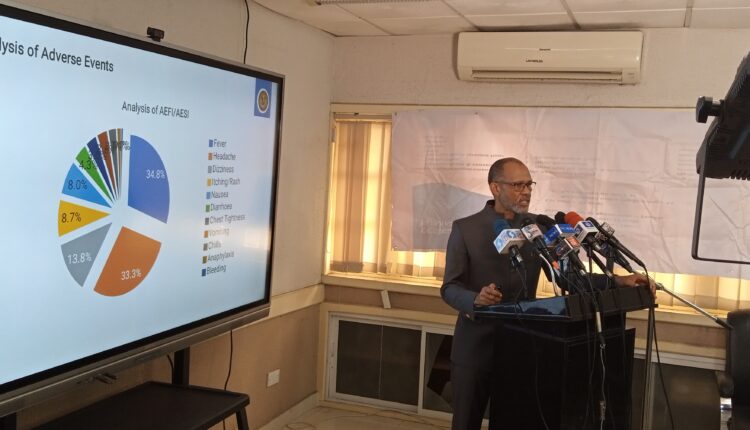 Share
In a bid to flatten coronavirus, the Lagos State Government has placed the United States (US), Canada, France, and 11 other countries on COVID-19 watchlist, and that passengers from the countries will be placed on a compulsory seven days self-isolation, to prevent community transmission across the state.

Other countries on the watchlist of the Lagos state were Germany, Netherlands, Togo, Ghana, Cameroon, Angola, South Africa, Kenya, Uganda, Rwanda, and Tanzania.

These came days after the Federal Government banned passengers from India, Turkey and Brazil following the widespread of the virus in the countries.

Commissioner for Health, Prof. Akin Abayomi, who listed the country on Wednesday at a Press Briefing organized by the Ministry of Health to highlight the State Government’s COVID-19 third wave prevention strategy, said that this was part of the strategy to mitigate the third wave of COVID-19 in Lagos,

Abayomi noted that Lagos State Government is proactively setting parameters that will guide the management of In-bound Passengers of Interests (POIs) from other countries, especially, countries with rapidly spreading new strains of the COVID-19 virus.

He explained that inbound international travellers and POIs coming from other countries into Lagos would be classified on the basis of their originating countries into three; the Red countries, the Amber countries and the Green countries.

The Commissioner added that the Green Countries are countries with no known variants of COVID or records of variants from Red Countries and no clear increase in the number of daily confirmed cases.

Abayomi disclosed that the State government would closely monitor inbound flights from the Red and Amber Countries and set parameters for the management of POIs from the countries.

“Our protocol for management of inbound passengers from the Red Countries will include; a mandatory PCR test 72 hours before departure, PCR test post-arrival and 14-day isolation in a government-approved facility paid for by the passenger.

“Passengers of interests from the Amber Countries are also required to do PCR test 72 hours before departure, PCR test post-arrival and a mandatory seven days isolation at home which will be monitored by our logistics, surveillance, and EkoTELEMED teams”, He said

Highlighting the framework for isolation of Passengers of interests from Red listed countries of India, Turkey, and Brazil, the Commissioner explained POIs from these countries are required to pre-register and fill a travel registration form on the Federal Government’s COVID travel portal and pre-book for a PCR test and Isolation accommodation.

He added Port Health officials will verify details of POIs from the Red countries on arrival and ensure their transportation from the airport to isolation centres where a PCR test would be conducted to determine their COVID status. He noted that POIs who tested positive for COVID would be moved to government isolation centres while those who tested negative after a repeat test would be discharged after seven-days isolation.

Just In: Lagos ex-council boss in detention over drug trafficking

Buhari recommends prayers, others for Nigerians against bandits, kidnappers