JUST IN: Lagos Govt. may reopen Dowen College on conditions 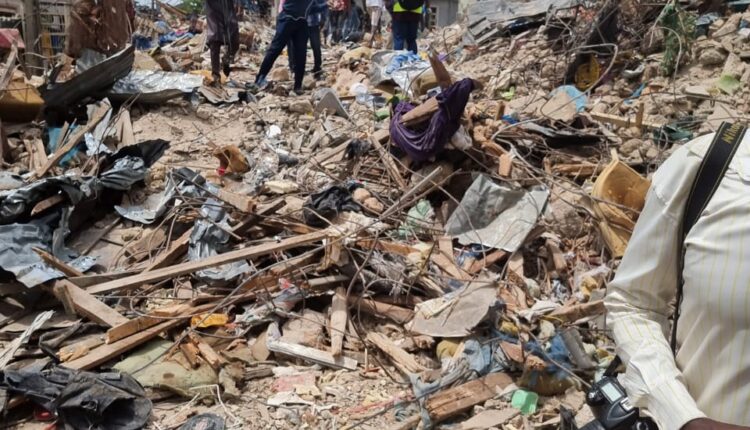 The Lagos State Government has disclosed that plans have been concluded to activate the relevant section in the  State Urban and Regional Planning and Development Law 2019  and seize the collapsed three-storey building and land at 24 Ibadan Street, Ebute-Metta, Lagos Mainland Local Government.

It said that investigations on circumstances surrounding the collapse had commenced and would not hesitate to activate the forfeiture clause should the property owner be found culpable.

Commissioner for Physical Planning and Urban Development, Dr. Idris Salako, disclosed this on Saturday during a meeting with the ministry’s enforcement team in Alausa, Ikeja.

The Commissioner, while commiserating with families of the victims, stressed that the Lagos State Building Control Agency( LASBCA) had served statutory relevant notices to both owner and occupants which culminated in the seal up of the building.

However, the Tenants of the building refused to move out, claiming they had issues to sort out with the Landlord, while the Agency, upon noticing the break of seal, further served demolition notice in preparation for removal of the building.

Salako expressed concern at the rate at which disregard for law and order was hitting deep into our social fabric and causing untold hardships, adding that the Lagos State Government was determined to uproot the menace, especially in the built environment, where it had declared incidents of building collapse intolerable.

He enjoined Lagosians to join hands with the Government in maintaining vigilance in the built environment of the State by reporting any untoward developments in their vicinity through any of the Ministry or State Government communication channels, particularly the Lagos State Ministry of Physical Planning and Urban Development Mobile App that is available for download both on Google Play and IoS.

Just in: Tinubu’s campaign director may return to APC after Ganduje’s intervention