Nigerian leaders not Queen Elizabeth is our problem- Shehu… 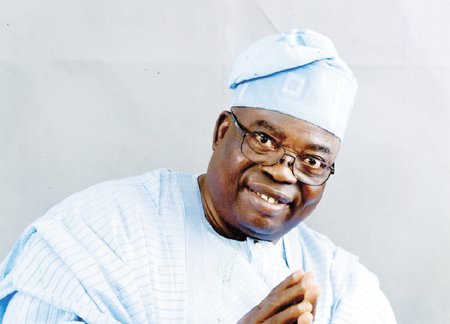 A member of Lagos State Governor’s Advisory Council (GAC), Lanre Rasak, has been reported dead after a brief illness at age 74.

Rasak, who was a former commissioner for transportation in Lagos, was said to have been indisposed for several weeks and was not attending political meetings before passing on.

A Source from the deceased family told The Guild that the All Progressives Congress (APC) chieftain died on Saturday morning.

The source, who could not state categorically the ailment that claimed the deceased life, hinted that he would be buried in accordance with Islamic rites in Epe, saying, do not forget that he is the Balogun of Epe.

Confirming his death, the state Governor, Babajide Sanwo-Olu, disclosed that Rasak was certified dead by medical doctors at Reddington Hospital, Lagos after a brief illness.

Sanwo-Olu, who described late Razak’s death as a rude shock, said the deceased was a great politician, a strong party man, and an advocate of masses oriented programmes.

Through a condolence message signed by his Chief Press Secretary (CPS), Gboyega Akosile, the governor said the deceased, during his life time, stood for what was right, always championing policies that would impact positively on the lives of the poor masses.

He added that the late Razak, popularly called KLM, did not hide his love and support of his administration, especially the Babajide Sanwo-Olu’s T.H.E.M.E.S. agenda.

“I am saddened by the death of one of our political leaders in Lagos APC, Chief Lanre Razak. He was a loyal party man and committed democrat, with a deep understanding of the state’s political landscape. He was an extremely loyal politician, who did his best for our party, the All Progressives Congress.

“Chief Razak served his people and Lagos State passionately as Chairman of Epe Local Government Area and Commissioner of Public Transportation. He brought a lot of development to Epe as a council boss and also made a lot of positive contributions to turn around public transportation in Lagos during his tenure as a member of the State Executive Council.

“Chief Razak was a great politician, a strong party man, and an advocate of masses oriented programmes. His support for our T.H.E.M.E.S. agenda was exemplary. He always propelled us to do more for the people of Lagos State.

“There is no doubting the fact that he would be missed by the entire political class, particularly the people of Epe, the Lagos East Senatorial District, and the State as a whole.”

The Governor also condoled with the immediate family of the departed, the National Leader of the All Progressives Congress (APC), Asiwaju Bola Tinubu; other GAC members, Lagos APC and the entire people of Epe, praying God to grant the soul of the beloved Chief Razak eternal rest in Aljannah firdaus.