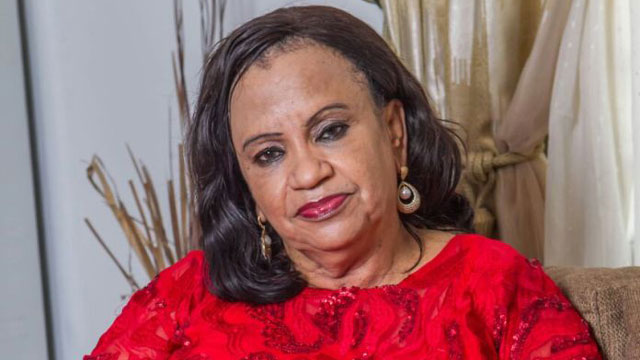 A former Secretary to the Lagos State Government (SSG), Adenrele Adeniran-Ogunsanya, has been reported to have passed on at the age of 74.

Adeniran-Ogunsanya was said to have died after a brief illness, barely a week after celebrating her 74 birthday in the state.

As gathered, the former SSG, was the Apex Leader of the Lagos4Lagos Movement, a splinter group from the All Progressives Congress (APC) that joined Peoples Democratic Party (PDP), was said to have died after a brief illness.

Her demise was confirmed by the Convener of the Lagos4Lagos movement, Abdulazeez Adeniran, popularly called Jandor, described her as a fighter and that her contribution towards liberation of Lagos would never be forgotten.

Jandor, through a statement released on his official social media handle on Tuesday, further described the deceased public administrator as Mummy and that she had been battling in pains for long.

The statement reads: “You didn’t die a coward…you led our battle from the front, and waited patiently to see us cross over before leaving, even though you have been battling with the pains for months. Mum, thank you for seeing us this far…we will surely miss you. Rest well Princess Adenrele Oyebo Oyetokunbo Adeniran-Ogunsanya”.

Sources from the family, meanwhile, disclosed that her death came as a shock to many and that the burial rites would be announced later, to allow friends and political associates to bid her farewell.

The deceased was the Lagos SSG during the first term in office of Governor Babatunde Fashola, who is the current Minister of Works and Housing, between 2007 and 2011.

While some of the public officeholder that worked during the first term were returned, Adeniran-Ogunsanya was not lucky as she was edged out by the internal politics within the ruling party.

She was the daughter of prominent Ikorodu born politician and associate of the late Nnamdi Azikiwe, Prince Adeniran Ogunsanya.