Police steps down over 100 officers’ promotion,… 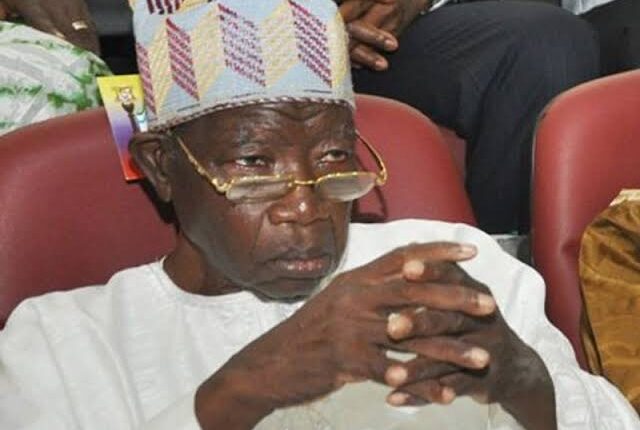 The Lagos State former Governor, Lateef Jakande, who was regarded as one of the best public office holders in the political history of Nigeria, has passed on at the ripe age of 91.

The elderstateman, who is also the first executive governor of Lagos was said to have breathed his last on Thursday morning (today) in his house during breakfast.

The deceased became governor of Lagos Stae from 1979 to 1983. He later became Minister of Works under the Sani Abacha military regime (1993–98).

The deceased contested to be governor of Lagos under the platform of the Unity Party of Nigeria in 1979 and defeated his opponents, Adeniran Ogunsanya of NPP and Adeniji Adele of National Party of Nigeria to become the governor.

As a journalist, Jakande began a career in journalism first with the Daily Service In 1949 and then in 1953 joining the Nigerian Tribune. In 1956 he was appointed editor-in-chief of the Tribune by the owner Chief Obafemi Awolowo.

Reacting to his demise, the Lagos State Government, Babajide Sanwo-Olu, described Jakande as an outstanding politician who laid the foundation of progress for Lagos.

“With gratitude to God for a worthy life well spent in the service of Lagos State, Nigeria, and humanity, I announce the death of a venerable statesman, outstanding politician, public administrator, and the first Civilian Governor of Lagos State, Alhaji Lateef Kayode Jakande.

“Baba Jakande’s record of service as a journalist of repute and a leader of remarkable achievements as governor of Lagos State will remain indelible for generations to come.

“His death is a colossal loss and he will be missed. On behalf of the Government and people of Lagos State, I want to express my sincere and heartfelt condolences to the family, friends, and comrades of Baba Jakande,” Sanwo-Olu wrote on his social media page on Thursday.