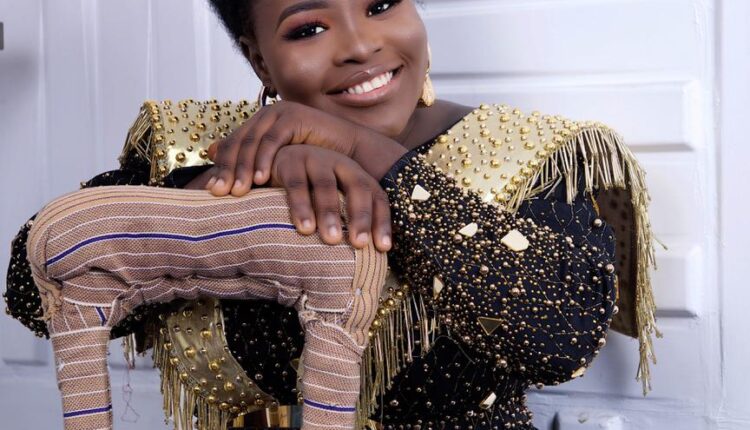 Barely two months after receiving donations worth over N25 million after narrating her emotional life stories, Lagos amputee sachet water hawker, Mary Daniel, has acquired a property in Alimosho Local Government, Lagos State and has concluded plans to return into the business that brought her fame globally, although as a manufacturer of the product.

The property, a one-storey building with shops and space for sachet water production, was acquired in Igando axis of the state and the structure was said to have been acquired at over N17 million from the donations received after her story went viral on social media platforms.

At the housewarming ceremony held on Saturday and attended by the Kogi traditional leader in Lagos, Sanni Yusuf, the amputee, who was accompanied by her daughter, led visitors around the building including where she would be setting up her factory.

At the factory site, artisans were seen ensuring that the factory commences work, even as she disclosed that her plan was to name the company after herself.

In an interview with newsmen, the Kogi-born trader said that what was left for the completion of the sachet water factory include a water tank, flooring, electrical work, and roofing, saying the machine and other needs have been procured.

Daniels, while commending ed the Lagos State Government and Nigerians for their assistance towards ensuring that she achieves her dream of becoming an entrepreneur in the state, admitted to having shielded the truth on her story.

Daniel, who disclosed that the name she adopted after leaving home for Lagos was picked solely by herself considering the circumstances that she found herself, stated that Ojonugwa Onu was her real name and that the name earlier claimed was her own making.

According to her, the reason I claimed that my father had died was that he disowned me and said that none of his family members was physically challenged.

“It was after my father disown me that I decided to change my name and bear the one that suits me. My previous claims were made out of my own decision”, she added.

However, Daniels hinted that efforts to reconcile with her father had continued to prove abortive, even after he was informed that the Lagos State Government and Nigerians have donated money to assist me to become an entrepreneur.

“And with his disposition towards me, I have forgiven him but I am not ready to have any interaction with him at the moment because I do not believe that he is my father.

Daniels’ status took a dramatic turn around after her moving story went viral on different social media and news platforms including The Guild, reported her story, resulting in the state government involvement in her case.

Her life story which attracted sympathy from numerous Nigerians both home and abroad was discovered to have been fabricated following strange calls that Daniels had continued receiving from a team who were instrumental to her fortune in Lagos.

The twist in her story linked to the Lagos State Government decision to hand her over to the state police command, Kogi traditional leader in Lagos, a Non-Governmental Organisations (NGO), Irede foundation, to further investigate the story and monitor her movements.

Meanwhile, at Office of Special Adviser on Civic Engagement to Lagos State Governor, where the 26-year-old homeless amputee and single mother was handed over to the authorities, it was learnt that the state government was left with no choice other than to hand her over to appropriate bodies on discovering otherwise identity of Daniel.

Daniel was handed over to the traditional leader and other agencies with about N25 million in her private account when the government discovered that the stories earlier narrated by the amputee were conflicting coupled with strange calls coming from people suspected to be those that she worked for before her discovery.

The actions of the state government became necessary after investigations revealed that the amputee was not telling a true story about herself and the life she had been living before helps from the public and government intervention came her way.