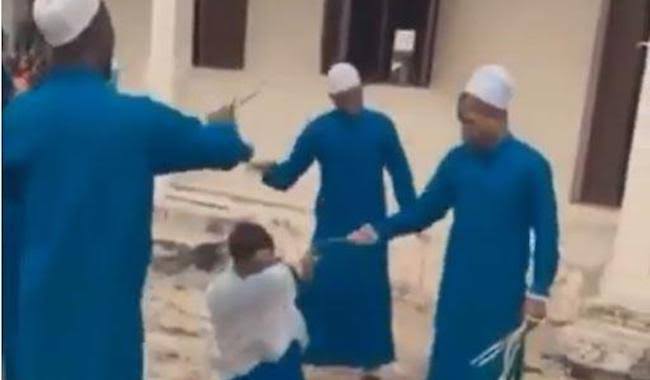 The Kwara State Government has inaugurated a 10-man committee to investigate circumstances that warranted excessive flogging of some students from Musbaudeen Al Islamy Arabic School in Ganmo, Ifelodun Local Government in the state.

Among the 10-man committee members were prominent Muslim scholars, community leaders and government officials and it would be chaired by Justice Idris Haroon (retd).

The government set up the committee on the issue after attracting wider condemnation and demand for probe following a video of their punishment that appeared on different online platforms.

Names of the committee members were released on Tuesday through a statement made available to newsmen by the Chief Press Secretary to the Governor, Rafiu Ajakaye.

The government noted that the committee has one week to submit its report on the case beginning from their first sitting.

“The terms of reference of the committee include to meet with the affected students, their parents, and the school authorities on the circumstances around the corporal punishments meted to them following the students’ organisation and participation in a birthday party, alleged consumption of liquor and publication of the video footage of same on the social media; review the reward and disciplinary methods in such schools; and make recommendations to the government on how to prevent a recurrence of such in the state”.