Just In: Buhari maps out plans to end insurgency, banditry 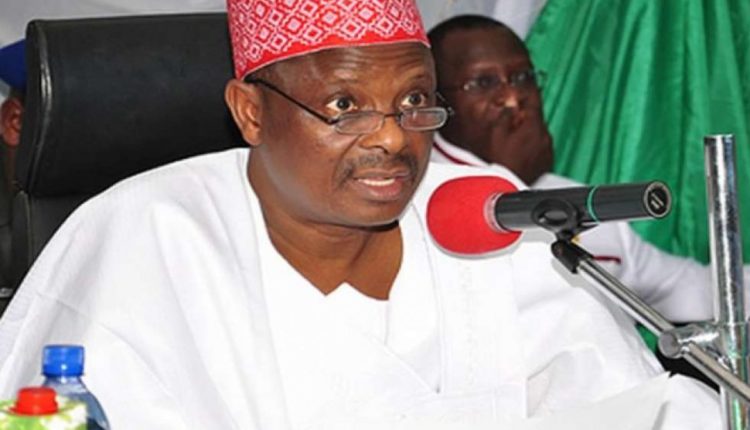 Worried by the increase in deaths recorded in Kano State, a former governor, Rabiu Kwankwaso, has written to President Muhammadu Buhari, disclosing that the deaths of prominent indigenes and others recorded in the state were due to coronavirus and the President should deploy an independent team to access level of healthcare in Kano.

Kwankwaso further alleged that the State Government led by Umar Ganduje, does not have COVID-19 response team and that the team earlier claimed by the government to have set up were not professionals who have since stopped working after members tested positive to the virus.

In a letter dated April 27th, 2020, the former senator claimed that due to the government’s lip service to coronavirus, there is absolutely no testing facility in Kano and that this has left members of the previous COVID-19 Taskforce and other prominent indigenes that could have contracted the virus to embark on self-help to get cure.

The letter came hours after the governor alleged that the Presidential Task Force on COVID-19 neglected the state in its current battle to flatten the coronavirus curve in Kano.

While appealing to the President, Kwankwaso stressed that the health challenges confronting the state were beyond what the Kano State Government could handle.

According to him, the lives of tens of millions of Nigerians living in Kano state are at stake, as such the central government should be seen to be actively involved in caring for, and saving their lives. There is a need for empathy”.

The former governor added that the federal government should take over the responsibility of rapid response on coronavirus in the state and compel the Ganduje-led administration to constitute a proper state Taskforce on COVID-19 with members selected base on professionalism and competence.

“The Taskforce should designate trained medical personnel in all cemeteries across the state that will collect records of all deaths. While another team of medical personnel follows up with inquiry of the cause of death. Furthermore, those that attended to the sick and those that prepared the dead body for burial should also be identified, isolated, and contact traced for testing.

“At least five additional test centers should be established with 10 other sample collection centers across the state and that all deaths should be considered as been caused by the virus, therefore all protocols as advised by medical experts be observed whenever death occurs.

“An independent Federal Government team of experts should be mandated to investigate the rise in cases of death in the elderly population across the state and palliatives should be generous and general since the virus does not belong to any political party just as hunger and poverty are not partisan”, the former Kano governor added.

Kwankwaso disclosed that the actions of Ganduje have further demoralized Kano residents and that the solution to ensure compliance with COVID-19 preventive measures is to have a unifying leadership that will assure the citizens that it understands and shares its concerns.

The former Presidential aspirant argued that the surge could have been prevented if the state government had not been denying the unusual surge in the number of deaths recorded in Kano.

Apparently not satisfied with the strategy adopted by the government, he described the denial style adopted by Ganduje as the cultivation of mistrust and doubt on the part of the citizens, adding, the state government has failed to provide the desired leadership required at a critical time like this.

“Mr. President everywhere in the world, the fight against pandemic is being spearheaded and superintended by central governments. The W.H.O. and such other global bodies, for example, have no business liaising with states on matters of a global pandemic. But right from the first recorded case in Kano, the state government was in a tug of war with the National Centre for Disease Control (NCDC), the federal agency vested with the responsibility of coordinating the fight against the disease. This is very counter-productive to the people of the state and a serious impediment to the success of the nation in the fight against the disease. Especially given the fact that as of today, the NCDC COVID-19 test center at Aminu Kano Teaching Hospital (AKTH) has closed down ‘due to lack of reagents’.

“Kano is the most populous state in the country and Kano city is one of the biggest in Africa. Experts have expressed concern that if the Kano situation is not handled professionally, sincerely, efficiently, and competently, we have the tendency of becoming the epicenter of this disease in Africa in a matter of months. Every sincere leader should be concerned about this. Everything that ought to have been in place: from advocacy and awareness campaign to sensitize the public, to the provision of support (material, medical and emotional) to the citizens is conspicuously absent in Kano.

“Mr. President, in a state like Kano where a large majority of its inhabitants earned their living from the informal sector and where a big chunk of its citizens live below the poverty line, there is no gainsaying that sustaining the lockdown in Kano demands that people are not left hungry. Any support in this regard should not be made on a partisan basis. At the moment, the state government palliatives are being distributed based on political patronage (4 persons in each polling unit of 500 persons). This is grossly inadequate. A hungry and angry population cannot be kept in lockdown for too long”.