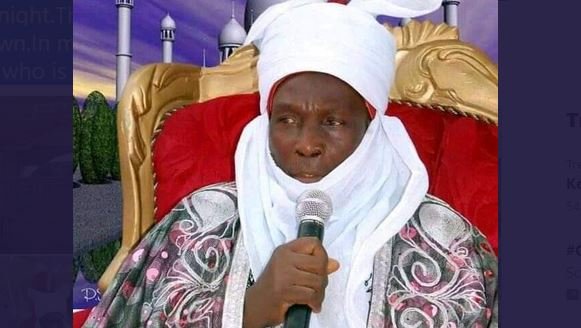 The abductors of Emir of Kajuru in Kaduna State, Alhassan Adamu, and 13 others were reported to have contacted the Emirate Council and demanded the payment of N200 million ransom before setting the monarch and other abductees free.

Also during the discussion between the bandits and the emirate council member, the bandits were said to have assured relatives and residents of Kajuru that the 85-year-old monarch and other abductees were in good condition and not being molested.

Confirming outcome of the discussion, the Spokesman of the Emirate Council, Dahiru Abubakar, told newsmen that the council was still appealing to the bandits to release the 85-year-old monarch and his relatives unconditionally, especially giving his fragile health condition.

Meanwhile, it has been reported that one bandit was killed and some others injured in a shootout with soldiers during the attack on the Palace of the Emir of Kajuru, Alhassan Adamu in Kajuru local government area on Sunday morning.

The residents said that the bandits, numbering over 200, arrived at the community on motorcycles in the early hours of Sunday morning through a nearby forest that stretches the Kaduna-Abuja highway in Kachia local government area, and started shooting sporadically before they were engaged by soldiers that were deployed to the area.

An eyewitness told newsmen that the bandits during the operation, divided themselves into two, with one group engaging the soldiers in a gun battle, while the other group moved into the palace, and later took the Emir and 13 members of his family away into the forest.

It would be recalled that the Adamu, other abductees, said to include women and children were identified by residents as family members of the monarch that resided with him at his palace.

The Guild reported that the Kaduna traditional ruler and the other victims were abducted by the gunmen who stormed his residence in Kajuru axis of the state yesterday.

It was, however, confirmed on Monday that the abductors have contacted family members of the victims and have demanded the sum of two hundred million naira for the release of the victims.