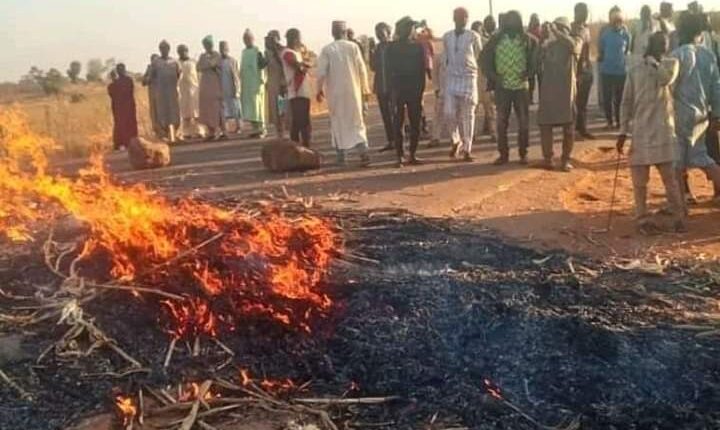 Vehicular movement on Funtua-Dandume-Birnin-Gwari highway has been crippled after residents of several towns linked to the road took over the road to protest against spates of kidnapping, bandits attacks, and other security challenges within the state.

The Guild gathered that the residents took over the highway on Saturday to express their displeasure over the security challenges that had continued to hinder their ability to engage in their daily activities including farming.

As learnt, the residents have mounted roadblocks on the highway to register their grievances over the security situation that they claimed has forced many to leave for other states in search of secured communities.

The protest came days after over 300 schoolboys were kidnapped from Government Science Secondary School in Kankara and were only released by their abductors after receiving ransom from government officials and victims’ parents.

Defying the scorching sun, the protesters, who were mostly youths from Ilala, Kadawa, and Mahuta communities in Dandume Local Government, were seen to have set up burn-fire on the road to further scare vehicles that could have wanted to disobey their orders.

The protesters set tyres on fire while chanting that “Buhari and Masari are total failures” and also demanding the authorities to do something urgent”.

One of the protesters, Salisu Mahuta, told newsmen that the attack on Kadawa community by bandits on Saturday fueled the protest on the road; basically, to seek explanation on security situation across the country particularly within their communities.

While lamenting that armed groups have taken over their farmlands, Mahuta added that “the bandits attacked Kadawa badly this morning, killed some people and kidnapped many.

“It seems the government has abandoned us in the hands of these merciless and deadly criminals. They are killing us and raping our women daily,” he added. 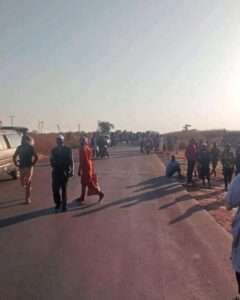