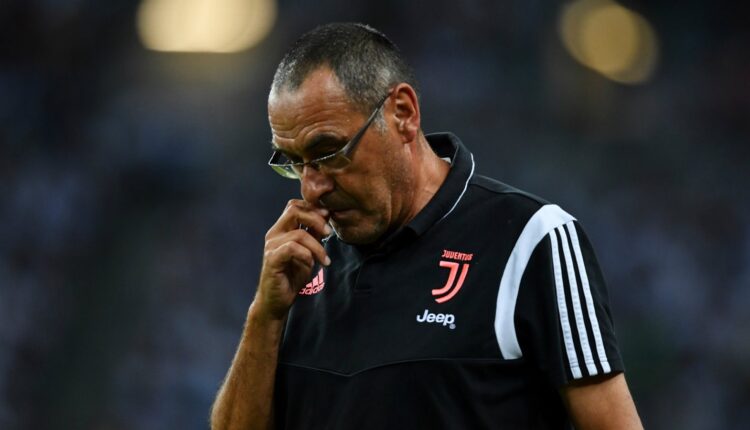 Barely 24 hours after Italian Champion, Juventus, was knocked out of this year’s champions league by Olympique Lyon, the club’s management has sacked the coach, Maurizio Sarri, to express their displeasure over outcome of the match.

Sarri’s sack was concluded after the club’s hierarchy held a meeting on Saturday following the Old Lady’s failure to progress to the quarter-finals of Europe’s premier club competition, with Sarri’s future at the club the only point on the agenda in the wake of the continental disappointment.

It was decided at the meeting that the 61-year-old former Chelsea and Napoli tactician does not have the experience to take the club forward even after signing Portuguese forward, Cristiano Ronaldo, from Real Madrid making clear that their intention was to win the Champions League after several years of near-misses.

A club statement read: “Juventus announces that Maurizio Sarri has been relieved of his post as coach of the first team.

“The club would like to thank the coach for having written a new page in Juventus’ history with the victory of the ninth-consecutive championship, the culmination of a personal journey that led him to climb all the divisions of Italian football.”

Sarri’s future had been previously called into question despite leading the club to a ninth-successive Scudetto, with the former banker admitting himself that he had been struggling to impose his famous ‘Sarriball’ style on the squad.

Indeed, following the first-leg defeat against Lyon, Sarri stated that his charges had been moving the ball too slow but that he would continue working with his players until “sooner or later this concept will get into their heads”.

That admission will have done the Italian few favours as the board considered their options, with the feeling amongst those in charge that the head coach had failed to win over the players and that a new approach would be required to see the club progress.