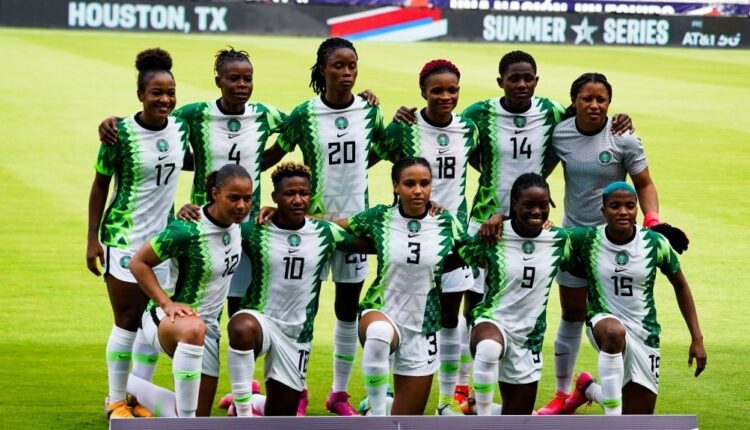 The Japanese female national football team has defeated their Nigerian counterpart, Super Falcons, 2-0 during a friendly organised to assist both teams to fine-tune their preparation for next year’s World Cup.

Two second-half goals from Mina Tanaka handed Japan a comfortable victory over the 11 times African champions after the game.

Efforts by the Nigerian team led by Rasheedat Ajibade to turn around the tie before it ended proved abortive with the Japanese tidying up their defense to prevent any goal.

During the game international friendly match played on Thursday at the Noevir Stadium in Kobe, Japan, the Nigerian senior women’s national football team could not keep up with the pace of the Japanese side in the game.

A string of brilliant saves by first-choice goalkeeper, Chiamaka Nnadozie, kept Nigeria in the game in the first half.

But the Falcons almost took a surprise lead when defender, Ashleigh Plumptre, struck the woodwork from a free-kick.

Japan went on to score when Tanaka chested the ball from a free-kick and slammed past Nnadozie in the 65th minute.

Her second goal came three minutes later, from the penalty kick spot, after a harsh challenge from Osinachi Ohale on an advancing Japanese forward in the Nigeria area.

Both teams used the game as part of their preparations for next year’s FIFA Women’s World Cup finals in Australia and New Zealand.