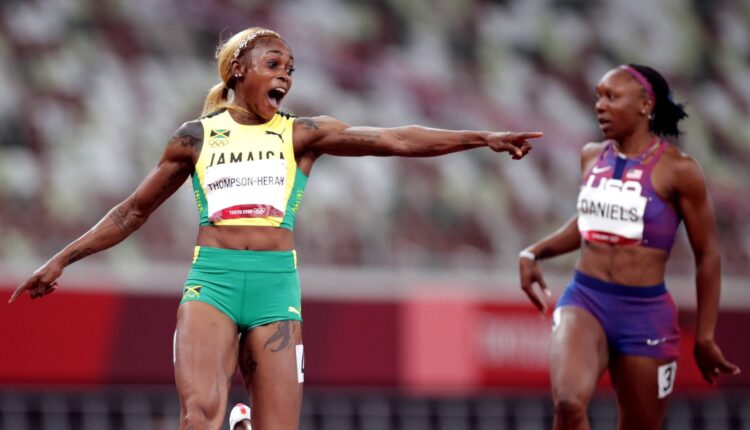 A Jamaican female athlete, Elaine Thompson-Herah, has set a new record at the ongoing Tokyo Olympic games after completing the 100-meter final race in 10.61 seconds to win gold at the event.

The athlete beats two of her fellow countrywomen, Shelly-Ann Fraser-Pryce, who is the current fastest female sprinter, and Shericka Jackson, to silver and bronze medals respectively; giving Jamaica a clean sweep at the race.

After the race on Saturday, Ivory Coast athlete, Marie-Josee Ta Lou, came fourth and cried for missing out on the medal table.

Thompson-Herah ran the second-fastest women’s 100m time ever and retained her Olympic title with a record time for the Games at Tokyo 2020.

It was a superb run from Thompson-Herah, who has struggled with injury since winning the 100m and 200m titles five years ago in Brazil. Only American great Florence Griffith-Joyner, in 1988, has run quicker than her.

Before the race, Fraser-Pryce had been favourite to take gold, but even her time of 10.74, which itself is inside the top 10 fastest ever, was not enough to take the top spot on the podium.