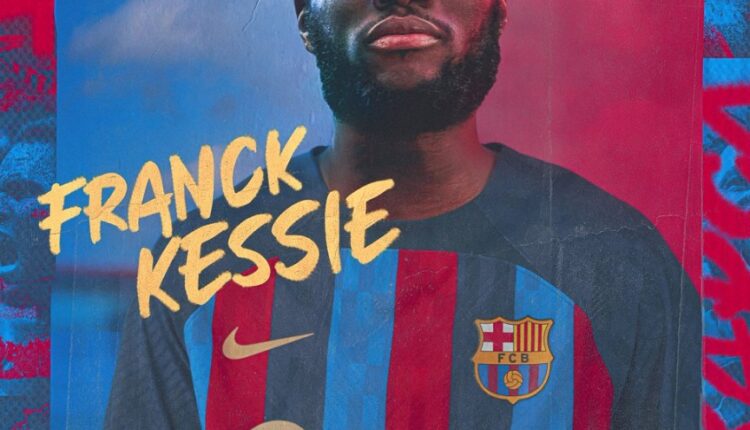 The Spanish football giant, Barcelona, has signed Ivory Coast midfielder, Franck Kessie, after becoming a free agent, following his rejection of AC Milan’s offers to remain in the Italian Seria A.

Kessie joined Barcelona as a free agent and would be playing for the Spanish club till the summer of 2026, after appending his signature to a four years contract.

The Ivorian midfielder’s decision to join the Catalan team was announced on Monday by Barcelona, describing his arrival as a morale booster for their dream of lifting the 2022-2023 Union of European Football Association (UEFA) champions league trophy.

In the contract, the AC Milan former player would be receiving a €6.5 million per year wage packet and it could rise based on performance and add-ons.

Aside from that, the Spanish team has indicated that any potential suitors, particularly those that admired the 25-year-old skills, would have to pay €500 million to price him away from the Blaugrana before his deal expires in 2026.

The footballer finished up a five-season spell at Milan on a high recently, helping the club to its first Scudetto in over a decade by scoring six league goals in 31 appearances.

Kessie built up a sterling reputation as one of the top midfielders in Italy over the last three years, taking his game to the next level after a permanent move to Milan from Atalanta in 2019.

Speculation over the 25-year-old’s future had been raging as he approached the final few months of his contract at San Siro, and Barca has now won the race for his signature.

While leaving AC Milan, the footballer, in an interview with newsmen, said: “These have been five very important years where I really committed to the project.

“I am very happy for the city, the club, my fans, the coach, for me and my whole family. It is the last month of my contract here, but in these five years we were able to get back into the Champions League and win the Scudetto. I did what I was brought in for and I think this is the best way to say goodbye.”